The communications minister says the request will be discussed with Treasury to find lasting solutions to the SABC's financial stability. 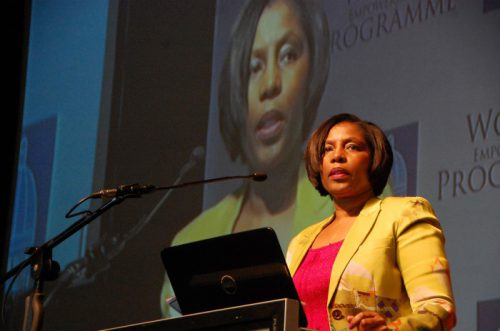 Communications Minister Ayanda Dlodlo says she has received a funding request from the South African Broadcasting Corporation (SABC) for a bailout guarantee from National Treasury.

Briefing the media in Cape Town on Thursday following a meeting of Cabinet, Dlodlo said the request from the cash-strapped public broadcaster’s interim board would be discussed with Treasury to find lasting solutions to its financial stability.

On Wednesday, Dlodlo admitted during questions to the financial cluster in the National Assembly that the SABC would not have financial resources to meet its financial obligations.

The minister said the broadcaster was expected to make a loss of R509 million for the fourth quarter of the financial year, which ended March 31, though this was an unaudited figure, News24 reported.

SABC interim board chairperson Khanyisile Kweyama told MPs they had submitted a funding proposal to Dlodlo for consideration but declined to state how much the board had requested for a bailout.