He says the family's traditional values had made it difficult to get to know Sandile Mantsoe. 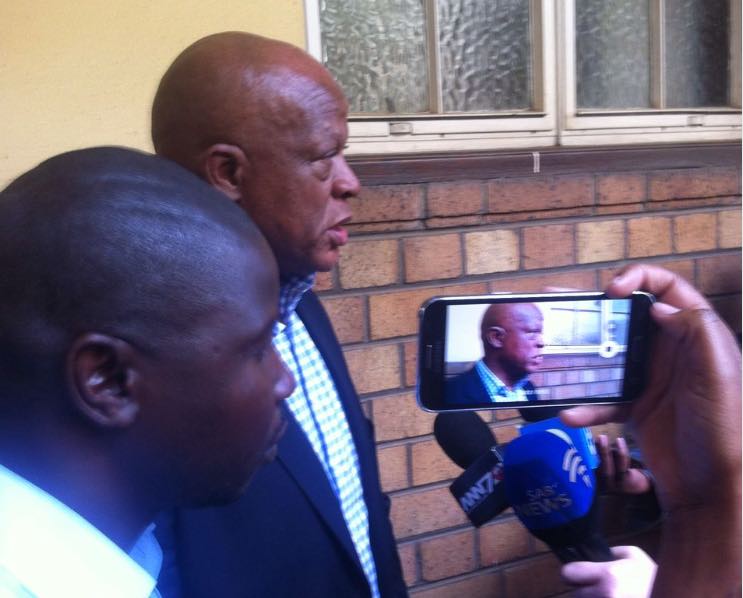 The 27-year-old Sandile Mantsoe appeared briefly in the Johannesburg Magistrates’ Court on Friday in connection with the death of his girlfriend Karabo Mokoena.

Karabo, as the murdered girl was affectionately known, went missing on 28 April and the charred remains of her body were later found in a shallow grave in Lyndhurst.

After a long search for the missing Mokoena, her family announced her death on social networks on 10 May.

The court gallery was packed to capacity with friends, supporters and members of the Mokoena family who witnessed Mantsoe’s first court appearance since his arrest on 10 May.

Chaos erupted when members of the Economic Freedom Fighters (EFF) had a stand-off with the court officials as members of the political parties wearing a regalia were barred from the proceedings.

Gauteng education MEC Panyaza Lusufi also attended the hearing and sat quietly with the Mokoena family’s spokesperson, Tshepo Mokoena, on the crowded court benches occupied by the family and supporters.

While Mantsoe appeared emotionless during the court proceedings, Karabo’s family was visibly distraught to face the man who allegedly murdered their daughter.

The court heard that Mantsoe will face charges of murder and defeating the ends of justice.

Phindi Mjomondwane, Gauteng National Prosecuting Authority (NPA) spokesperson, said the State would be opposing bail. “We will definitely oppose bail and we also urge the public to be patient as we want to deal with this case accordingly,” she said.

Mantsoe was remanded in custody at the Norwood Police cells until he has to appear in court again on 24 May.

Speaking outside court, Tshepo Mokoena said since the news broke about the murder the family had yet to come to terms with their daughter’s passing.

“This has been a difficult time for us as a family and everyone is really distraught. We would like to let the law take its course and hope that justice will prevail,” he said.

EFF members sang and danced outside the court in support of the Mokoena family.