Gauteng has to cough up R1.5m after runaway fire 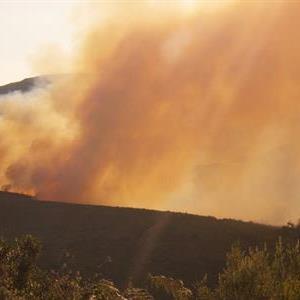 A runaway fire, which started at a substance abuse rehabilitation centre in Cullinan two years ago, will cost the Gauteng social development MEC over R1.5 million in damages.

The High Court in Pretoria this week granted default judgment against the MEC, who was ordered to pay the amount to Cullinan farmer Gordon Bredenkamp in the absence of any defence against the claim.

Bredenkamp sued the MEC for damages after an uncontrolled veldfire that spread from the department’s Doctor Fabian and Florence Ribeiro rehabilitation centre in Zonderwater to his farm. Bredenkamp made a living from pecan trees on the farm, rented out portions for grazing and also had a fluid storage and treatment business.

The fire caused considerable damage to a large number of his pecan trees and destroyed 340 hectares of grazing. He had to replace 167 pecan trees and re-graft 213 more, suffered a season’s loss of pecan production and also suffered a loss of grazing income because a grazing lease agreement was cancelled.

Bredenkamp claimed in court papers the department, which is the registered owner of the rehabilitation centre, was aware that veldfires were particularly prevalent in the agricultural area during dry and windy times and that fires which started on their property could pose a serious threat to neighbouring farms.

He alleged the department’s employees had been negligent by failing to control or prevent the start of a veldfire on their property, failing to extinguish the fire while it was still small and not ensuring that there were proper fire breaks.