Motsoeneng says he’s being targeted for spilling the beans

In a press conference last month, he made allegations against the ad hoc committee dealing with the SABC and High Court Judge Andre le Grange. 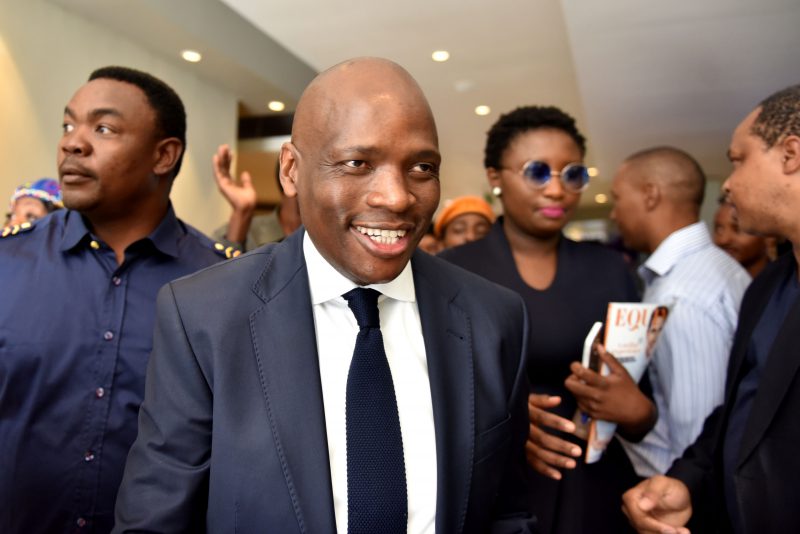 In a move reminiscent of a television soap opera, flamboyant former SABC COO Hlaudi Motsoeneng now claims he is being victimised because he is a whistleblower.

He says his attempts to expose wrongdoing at the public broadcaster had resulted in disciplinary charges being brought against him.

Through his legal counsel, advocate Andy Bester, he argued at his disciplinary hearing yesterday that the proceedings against him constituted “occupational detriment” in terms of the Public Disclosures Act (2006). This was because some of the statements he made against the SABC’s interim board and chairperson Krish Naidoo at a press conference last month were “made in good faith to expose wrongdoing”.

In last month’s rambling and sometimes bizarre press conference, which lasted more than three hours, Motsoeneng made numerous allegations and statements. Among those he targeted were Naidoo, the ad hoc parliamentary committee dealing with the broadcaster and Western Cape High Court Judge Andre le Grange.

That resulted in the SABC instituting disciplinary charges for bringing the broadcaster into disrepute. But the hearing’s presiding chairperson, Nazeem Cassim, dismissed this submission, saying that, in his view, not only did the utterings not constitute protected disclosures, but the Act did not preclude him from proceeding with the matter at hand.

“I nevertheless take a pragmatic view that I want to process this inquiry because the subject matter of this inquiry is whether the employee is guilty or not guilty of the charges as formulated by the employer,” said Bester.

His submission was a bid to end the current proceedings against his client and to have the matter referred for arbitration by the Commission for Conciliation, Mediation and Arbitration.

The proceedings have been postponed to Wednesday next week in order for Motsoeneng’s legal team to prepare a defence.