Holomisa: UDM will not be intimidated by Selfe’s ‘dirty’ letter

Holomisa agrees with Bobani that Trollip is bullying his coalition partners and calls for an independent panel to probe allegations against the deputy mayor. The leader of the United Democratic Movement (UDM), Bantu Holomisa, has told the DA that UDM is not under “the control of [James] Selfe and [Atholl] Trollip”.

He was speaking to Radio 702 about a letter the chairperson of DA federal council James Selfe wrote to the UDM, demanding that Mongameli Bobani be removed from his deputy mayor position.

That letter was preceded by another communique the mayor of the Port Elizabeth-based council had written to his deputy before he axed him as MMC for public health.

There are also very serious allegations of impropriety and maladministration.

“Your behaviour in public meetings has also become untenable and inconsistent with someone who holds such high office in this administration.

“There are also very serious allegations of impropriety and maladministration in your directorate that are being investigated without so much as an explanation to me or the mayoral committee about what is going on,” he letter detailed.

The two have been at odds since Trollip instructed the City police to confiscate laptops of three officials working within the City’s public health directorate and ordered the City manager to institute a forensic investigation. This is after municipality reportedly identified a number of alleged irregular payments.

The Herald reported that this investigation resulted in the suspension of a municipal employee.

This prompted Bobani to lash back at Trolling, accusing him of running the City like his own “personal farm”. He also sent out a press release in which he said Trollip ran the council  “apartheid-style”.

“I have also noticed a calculated [plan] to tarnish my name and paint a picture that I am not up to the task [of] deputy mayor,” the Herald qouted from his clap-back letter.

Holomisa told the radio station his biggest gripe with Selfe was that he wanted to be a “complainant, judge and prosecutor” in this dispute. He said while UDM was committed to the coalition government, he had asked DA leader Mmusi Maimane that a two-member independent panel be constituted to probe the allegations.

He said the UDM would be willing to implement the recommendations of such a panel. 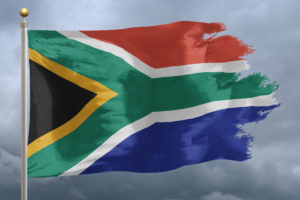 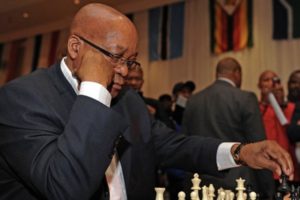 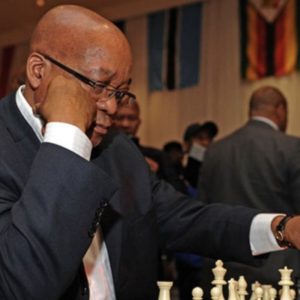