The police minister has offered advice on what to do if you find yourself in this situation. 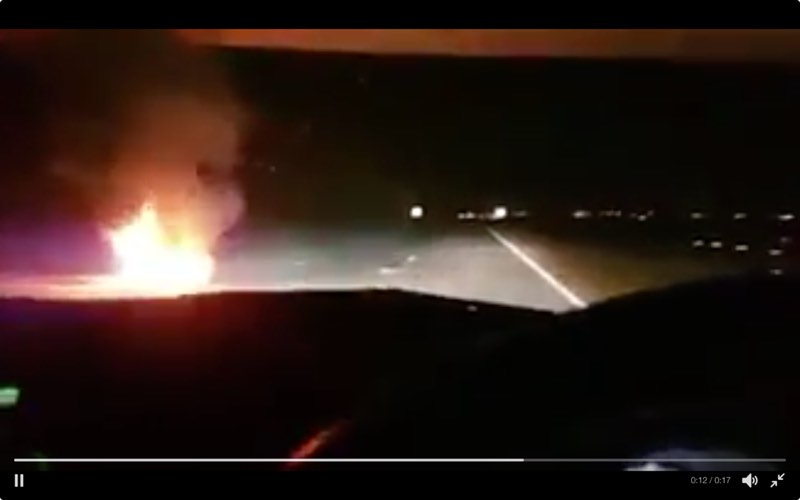 Police Minister Fikile Mbalula took to Twitter on Friday night to warn motorists about dangers possibly linked to ongoing protests in Johannesburg, but which may also be a ploy to hijack vehicles.

However, people on Twitter have responded that the clip is apparently at least a year old.

Mbalula shared the video of a driver passing a burning tyre on the Western Bypass, a section of the N1 and the Johannesburg Ring Road.

In the clip, a burning tyre can be seen blazing on the highway, and as the driver passes it, his windscreen gets smashed, presumably by a thrown object from the bridge above him. The male driver curses and keeps on driving.

There have been numerous protests this month in Soweto and the Eldorado Park area, but the minister has dismissed the actions in this video as nothing more than criminality.

His advice if you ever find yourself in a similar situation? Don’t slow down.

Some users “informed” the minister the video was more than a year old though.

One Twitter user told the minister that more should have been done.

That stretch of road needs lighting! Forced to use this death trap on a daily basis!