He insists purchases were often to feed people at official meetings. 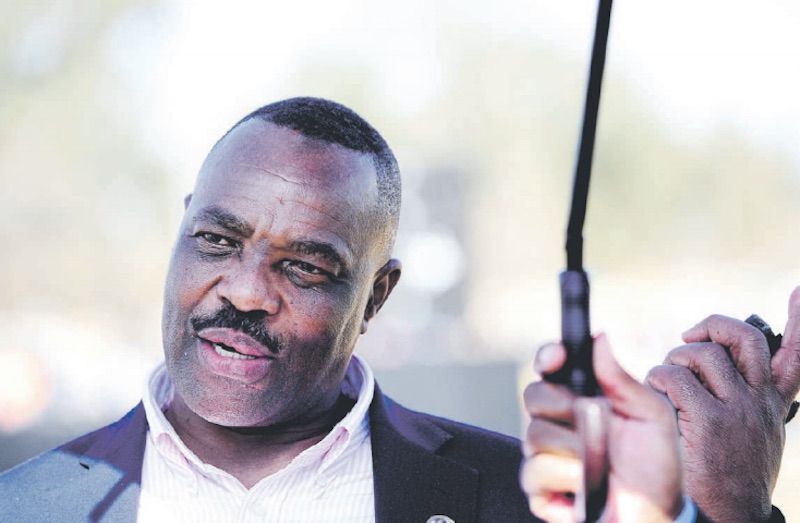 When it comes to chicken takeaways, the executive mayor of the Emfuleni Local Municipality, Simon Mofokeng, prefers Nando’s to KFC because he is health conscious and aware of his high cholesterol.

Mofokeng has been in the news after being accused by the Democratic Alliance (DA) of spending nearly R2 million on Nando’s, KFC and hotel bills during his previous term as mayor of the Sedibeng District Municipality.

The DA’s Kingsol Chabalala alleged last week that Mofokeng had spent R1 772 549.28 on KFC, Nando’s and at the Shakespeare Inn.

When contacted by The Citizen this week, Mofokeng denied the allegations.

He said that at the beginning of 2008, when he was at the helm of the district municipality, he had a credit card which was used for mayoral work and stakeholder engagement purposes.

“Following the elections in 2011, the ANC deployed me again as mayor and a decision was taken that we no longer needed the credit card. As a result, what is called an out-of-pocket expenditure arrangement had to be made, which meant I would then have to claim monies I spent back from the municipality,” he said.

“The meals that the DA has been talking about … I had to buy them using my own money, which I later claimed back from the municipality, and the R1.7 million figure was not properly articulated, because the monies I claimed back amounted to around R100 000,” he said.

With regards to the hotels the municipality had worked with in the past, Mofokeng said they included the Riviera, Three Rivers Lodge, Shakespeare Inn and Riverside Hotel.

He stressed that the local municipality had always had a clean audit.

“For instance, if I’m having a meeting with, maybe, church leaders and it happens that it runs later than was initially expected, we can’t just let people go without eating something, hence we would order food from Nando’s or KFC. But I don’t eat KFC because of my cholesterol issues … I prefer eating healthy and that’s why I prefer Nando’s over KFC,” he said.

This week, the DA’s Chabalala also issued a statement, alleging that the ANC in Emfuleni had spent just shy of R1 million of public money to protect itself from internal party factionalism.

This, according to Chabalala, was revealed in a reply to a DA question in the legislature by Gauteng cooperative governance MEC Paul Mashatile.

According to Mashatile, the money allocated for private protection services to councillors was for the mitigation and prevention of threats encountered during service delivery protests and intraparty political conflicts.

Responding to this, Mofokeng said there was stability in the region and that the DA was just trying to score cheap political points.

Joburg man missing at sea after getting caught in rip currents
42 mins ago
42 mins ago
PREMIUM!

Joburg man missing at sea after getting caught in rip currents
42 mins ago
42 mins ago
PREMIUM!