EFF calls Mgidlana 'corrupt' and a 'law unto himself', while DA vows he will be removed. 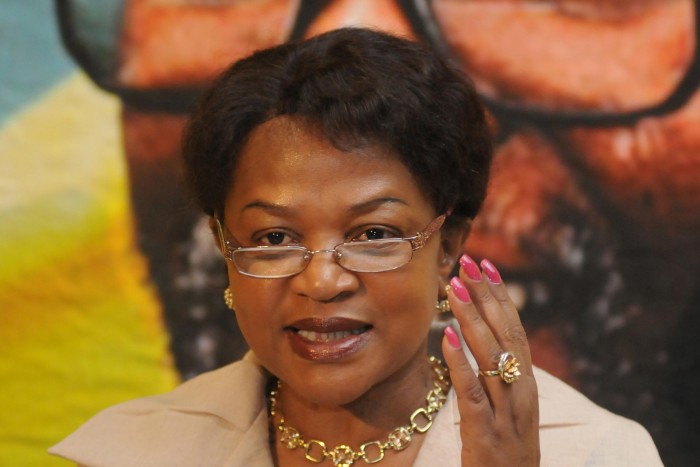 Members of opposition parties have backed up claims brought against secretary to parliament Gengezi Mgidlana by Nehawu during a budget vote on parliament this afternoon in Cape Town.

DA MP Mike Waters asked speaker Baleka Mbete if there was a signed performance contract between herself as a presiding officer and Mgidlana.

“He has never signed a performance contract and we know this because he told us in a meeting,” Waters told the National Assembly.

Waters also told Mbete the office of the speaker had never submitted a report detailing Mgidlana’s performance to any oversight committee as she was embarrassed to so do judging by the industrial waged by Parliament workers.

He told MPs that in the office of the speaker alone the payroll amounted to R37 million per annum.

Waters added that the parliamentary communications unit had 84 communicators, with most of them given little to do in the office.

EFF chief whip Floyd Shivambu told the House they knew in advance that Mgidlana was a “law unto himself”.

READ MORE: What is secretary to parliament doing at ANC speakers’ caucus meeting?

“We were the only ones who objected to Mgidlana’s appointment. He is a law unto himself. He is corrupt. He is protected by the speaker; he disrespects workers. Mgidlana, or whatever he is, must step down. Why is Parliament not charging him for the same charges the Protector Protector is investigating,” Shivambu asked.

Shivambu also said it was bad for the image of parliament that “everyday workers of parliament are striking against one individual. He must go.”

He is a law unto himself.

National Freedom Party (NFP) MP Manzoor Shaikh-Imam argued that the “the secretary of parliament must engage more with staff” to eliminate the strained labour relations climate.

“I know that in our committee meetings we have said we cannot be shop stewards for parliament employees [but] we cannot be oblivious to the current staff grievances,” said Shaikh-Imam, and emphasised that staff must receive the disputed salary increment.

The opposition’s call for Mgidlana to be reined in were supported by ANC MP Vincent Smith.

Later, during the debate, DA chief whip John Steenhuisen told parliamentary staff members congregated in the gallery that Mgidlana would be removed from his position in the near future.

In response, Mbete said all allegations against Mgidlana had been referred, with the assistance of the internal audit unit of Parliament, to the parliamentary audit committee for investigation.

She said presiding officers had already directed Mgidlana to find money, as employees are their “best assets”.