It might get particularly interesting if Zuma decides to open his 'big files' on some of his opponents in the ANC. 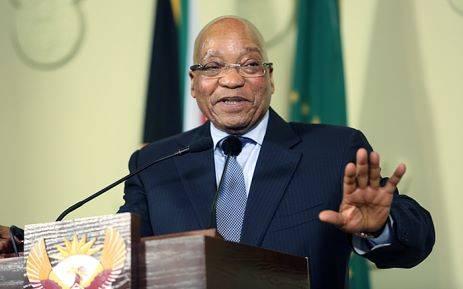 The ANC is now ridden and confined to its death bed, according to political analyst Elvis Masoga.

He was responding to the ANC’s recent national executive committee (NEC) meeting, where President Jacob Zuma was not recalled, despite the fact that there were several NEC officials in support of a motion of no confidence in him.

A day before the NEC meeting in question, ANC stalwarts also wrote an open letter to the top officials, appealing to them to do the right thing.

Speaking to The Citizen yesterday, Masoga used a metaphor to describe the trying time the ANC currently finds itself in.

“Come December, doctors will have to decide on whether to switch off the life support machines or resuscitate the ANC, and if Nkosazana Dlamini-Zuma emerges victorious at the party’s elective conference, this will mean the funeral of the ANC, because the likes of Cosatu and the SA Communist Party (SACP) will walk away.

“The obituary of the ANC will be read out should such an eventuality happen in December,” said Masoga.

He described some of the NEC members who were against the motion as cowards preserving their own careers.

He said the term “survival” was not the correct one to describe Zuma’s state, stressing that what the country had been witnessing was the cult of personality around the man that turned him into a strong force against the ANC.

“He is no longer a party president, and the natural consequence is that his strength, elevated at the expense of the party, could potentially lead to the political death of the organisation … Zuma’s strength has assumed supremacy over the ANC,” he said.

Another analyst, professor Andre Duvenhage, however, believes that recalling Zuma now will break the party’s unity even further.

However, Duvenhage also thinks Zuma has now reached a tipping point where he is beginning to find it difficult to continue fighting those opposing him.

“I think the onslaught on him will be further intensified … I’m smelling blood, and with reports suggesting that towards the end of the NEC meeting, Zuma read the riot act to those opposing him shows that he is also prepared to get dirty – as he has ‘big files’ on some of those people who are calling for him to step down,” Duvenhage added.