There were 140 political prisoners hanged between 1960 and 1989 and buried as paupers in cemeteries around Tshwane. 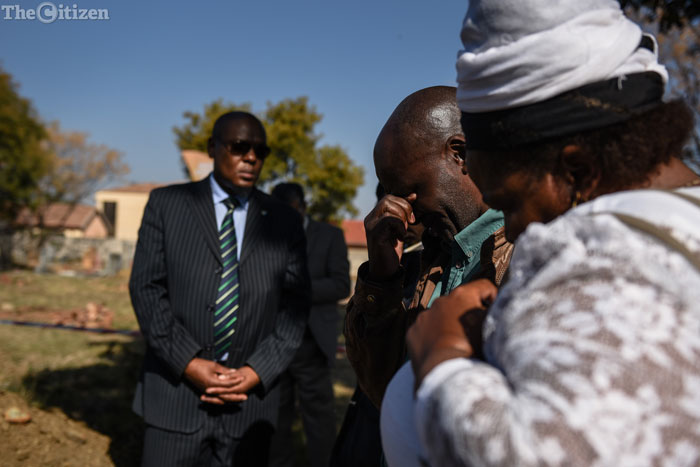 Family of Ndumiso Siphenuka stand by the open grave after the NPA started the exhumation, eight graves were exhumed by the NPA all of which were graves of United Democratic Front political prisoners buried in the Mamelodi Cemetery, 31 May 2017, Pretoria. Picture: Jacques Nelles

It was an emotional day for families of eight United Democratic Front (UDF) members who were hanged for politically motivated offences between 1986 and 1989 and buried in unmarked graves, when their remains were exhumed yesterday at the Mamelodi Cemetery, in Mamelodi West, Pretoria.

Madeleine Fullard, head of the MPTT, said the exhumations form part of the gallows exhumation project, launched by Justice Minister Michael Masutha in 2016, and aimed at recovering the remains of political prisoners who were hanged prior to the suspension of the death penalty in 1990.

Fullard said there were 140 political prisoners that were hanged between 1960 and 1989 and buried as paupers in cemeteries around Tshwane.

“As the missing persons task team, our mandate coming from the work of the Trust and Reconciliation Commission is to try and trace the whereabouts of the people who are missing as a result of the political conflict of the past.

“There are another 10 UDF members that we will still recover, also in the Mamelodi Cemetery, as well as more Pan Africanist Congress members,” Fullard said.

She said they used surveyors to locate the graves and have been very successful so far.

According to Fullard, the task team will start forensic examinations on the exhumed remains today and it will take at least six weeks for the remains to be handed to the families.

The exhumed remains are those of: