International relations minister says the decision stands and government will affect it through due process. 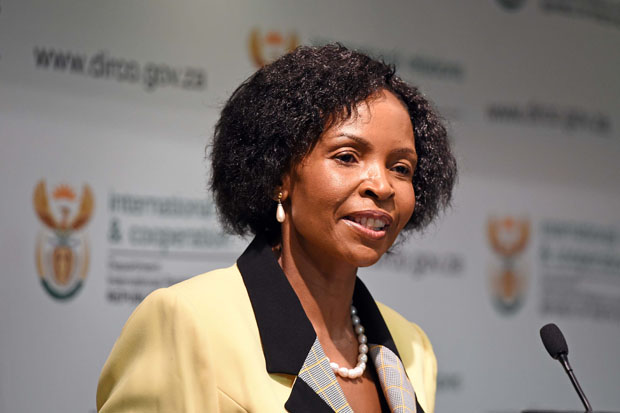 Nkoana-Mashabane said yesterday government was currently following due process in parliament after the High Court in Johannesburg earlier this year found the government had flouted correct procedure in the way it withdrew from the body.

The High Court had declared South Africa’s process of withdrawal from the ICC as unconstitutional and invalid, because parliament had not been consulted before implementing the decision.

The minister was speaking at the ANC’s NEC subcommittee briefing on the party’s policy document on international relations, ahead of the ANC’s policy conference to be held at the end of the month.

South Africa abruptly withdrew its membership from the ICC after the ICC berated it for failing to arrest Omar Al-Bashir – the Sudanese president accused of war crimes and genocide in his country – during his visit in the country in 2015.

Al-Bashir, who has denied any wrongdoing, was spirited out of the country despite a high court interdict instructing South African government officials to keep the controversial president in the country.

“We are in the business of strengthening our own African institutions,” Nkoana-Mashabane said.

“We are waiting for [the] parliamentary process. There is no change of the ruling party on this decision,” Nkoana-Mashabane said.

Enda Molewa, the ANC’s subcommittee chairperson on international relations, added: “The process [of consultations] is still ongoing”, and “the mandate has not changed”.

Nkoana-Mashabane told journalists that finance ministers from Brics countries would soon table a proposal for the establishment of a Brics rating agency (as an alternative to Western ratings agencies) at the Brics summit to be held in China later this year.