The president compared Malema to an 'insane' person armed with matches threatening to burn a house while still inside. 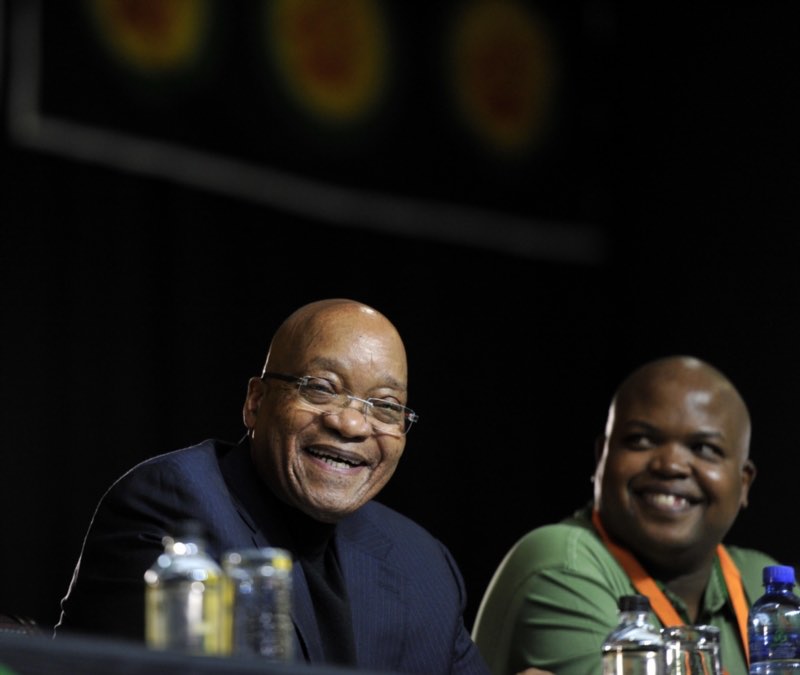 In his address, in isiZulu, the president criticised all breakaway political parties such as Cope, the UDM and EFF, calling them “disfigured freaks”.

“While Madiba was still here, something broke away. The General broke away and built the UDM. That was the first disfigured freak that broke away,” he said, referring to Holomisa, whose party was formed in 1997.

“Then we faced a problem starting in 2005. It was as if we were bewitched. We then went to Polokwane and an even bigger disfigured part of the ANC broke off,” said Zuma.

Malema, the one-time president of the ANC Youth League, was axed in 2012 for allegedly sowing division in the ANC and bringing the party into disrepute.

Zuma said Malema started causing trouble in the ANC when he did not agree with the changes that were being made at the time, further calling him “a mental case”.

“Then, out of nowhere, a crazy boy emerged. This craziness started while he was still in the ANC … A real mental case.”

He further compared the EFF leader to “an insane person armed with matches, threatening to burn a house down while still inside it”.

“He eventually left and is now crazier than ever. My god, houses are burning down,” he said to laughs from the audience.

“It’s all these ‘freaks’ who broke away from the ANC who cause confusion in the country.”