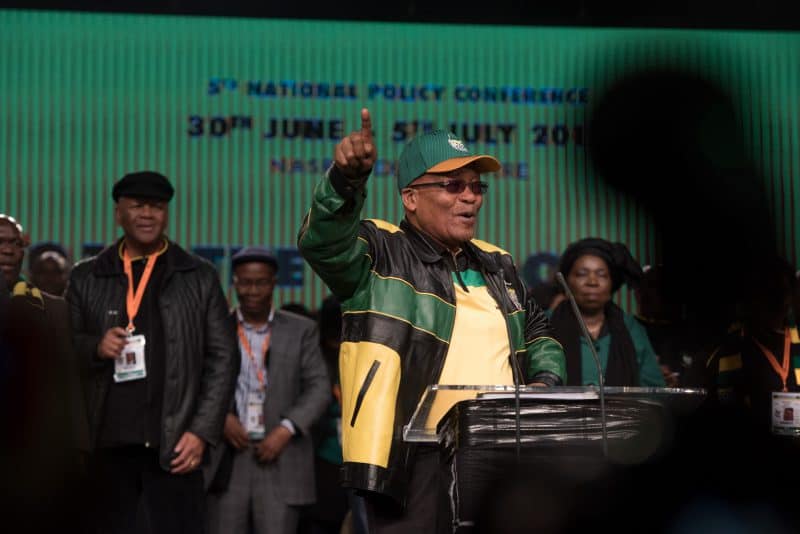 ANC delegates kicked off the party’s 5th national policy conference on Friday in a jovial mood that shone through song and dance ahead of President Jacob Zuma’s opening address.

But it was the ANC delegates from the Eastern Cape, North West, Free State and KwaZulu-Natal who got their message across on Zuma’s continued stay in power.

Videos from the conference taken by various journalists painted a picture of the divisions within the governing party amid allegations of state capture, corruption and factionalism that have marred Zuma’s leadership of Africa’s oldest liberation movement.

The videos show the Eastern Cape ANC making hand gestures signalling for change in the party’s leadership, and they even cheered at Deputy President Cyril Ramaphosa when Zuma introduced him, while pro-Zuma provinces North West, Free State and KwaZulu-Natal sung his praises.

During his opening address Zuma said the ANC must consider the matter of various forms of ill-discipline, particularly certain “ANC leaders” who make negative public utterances against the party, and factionalism.

“Factionalism is a cancer that must be rooted out of the ANC. It has caused splits from the ANC which has negatively affected us both quantitatively and qualitatively. Slate politics, another manifestation of factionalism, has cost us many good and capable comrades in whom our movement has invested significantly,” Zuma said.

He also said ANC branches had the power to fire and hire leaders the ruling party had deployed to different positions in government, including himself as the country’s president.

“You elect people and you now take orders from them. You elect a president and some people who have no right tell you he must go and they have no right. People take your power and you keep quiet. You are the ones who can hire and fire‚” Zuma said.

The ANC’s policy conference is taking place at Nasrec Expo Centre in Johannesburg and concludes on Wednesday, July 5.