The veteran presenter and author says he has received death threats for his 'Zombie Zuma' comments. 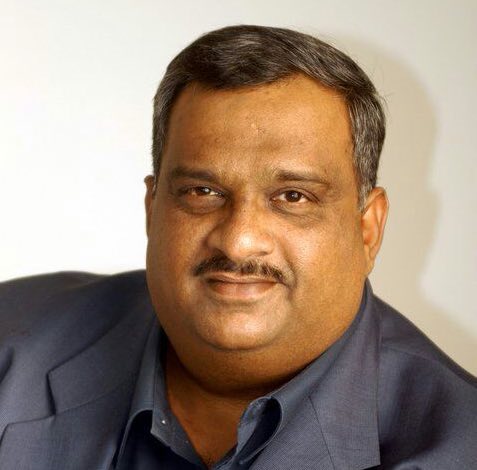 If he had the chance, axed Lotus FM radio presenter, author and columnist Ravi Govender would take back his comments calling President Jacob Zuma a “zombie” – even though he feels his utterances were not racist.

After nearly 13 years with the public broadcaster, Govender was fired by the SABC for allegedly bringing the public broadcaster into disrepute for his comments on social media last week after he wrote a post on Facebook in which he described Zuma to have been massacring the English language.

“Just heard a Zombie Zuma giving a speech on the news. Massacring the beautiful English language. Uneducated creature. Even the other moron Mugabe speaks much better,” Govender wrote.

The now deleted post was made following Zuma’s opening address to the ANC’s fifth national policy conference on Friday in Nasrec, Johannesburg.

Despite Govender apologising for the post, Zuma’s eldest son, Edward, came to his father’s defence – threatening to take the matter to the Equality Court and lodge a complaint with Lotus FM’s management.

“Over the past years, as the family we have endured humiliation that cannot be described as result of many insults from radio presenters, journalists, columnists, cartoonists who at times produces pornographic material aimed at tarnishing the image of my father and the president of the ANC and the Republic of South Africa J.G Zuma,” he said in a statement.

“We fail as the family to understand what prompted Ravi Govender to make such a statement referring to our father as a Zombie. Is this still part of the Freedom of Speech? We believe that is the worst form of the abuse of democracy that many of our leaders fought so hard to achieve.

“My message to Ravi Govender is that President J.G Zuma is a parent and one is prepared to defend him if need be.”

Since then, Govender says he has received threats to his life via the social network, with Facebook users indicating that they “were coming for you”.

“I feel bad about the way it has been taken out of context and would never have sent the post if I had the chance. I would not even be on Facebook,” he told The Citizen.

“There were threats made to my life. But I engaged and I apologised to each one of the people and told them it was not racist.”

Govender said he “should have known better” that he would have been used as a scapegoat in being called a racist due to his post.

Govender hosted the popular Vinyl Countdown show on Fridays from 7pm to 9pm and added that he had missed just one show through the years.

“I missed just one day, when my mother passed away.”

Meanwhile, a number of people have taken to social media in support of Govender and free speech – one being his colleague, former Lotus FM radio presenter Vikash Mathura.

“Just heard that RAVI GOVENDER was fired from Lotus FM for his FB post about the manner in which the Prez was delivering his opening address at the party’s Policy Conference. Really??? Fired for expressing a democratic view on a social media site? To this talented broadcaster, I say keep your shoulders square and your chin up. Good men cannot be brought down,” Mathura wrote.