This was arguably one of the most expensive single-car crashes in the history of the region. 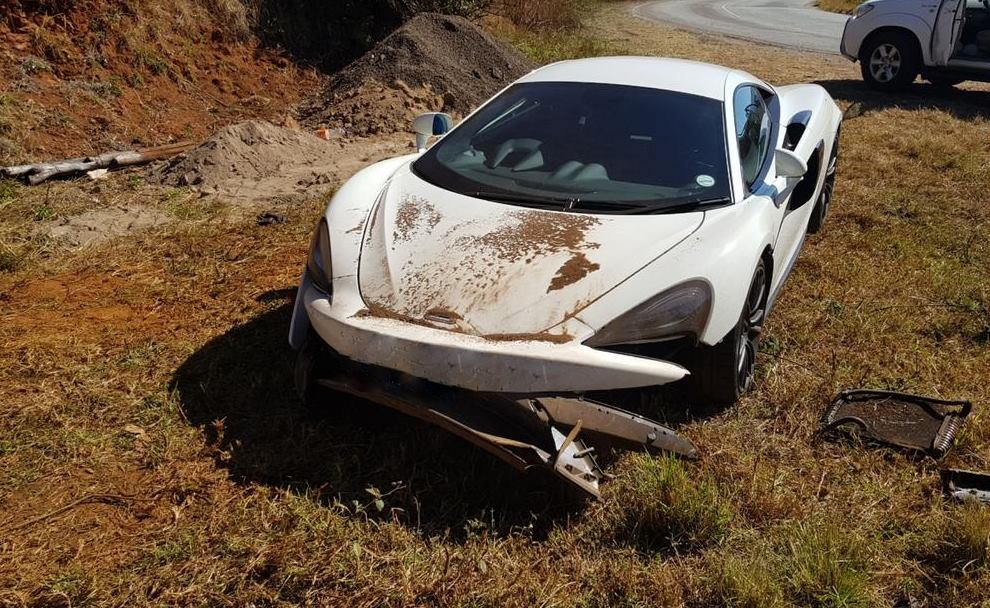 A photo of the McLaren has been doing the rounds on social media over the weekend. Origin: Unknown.

It is said that even if you take for granted 0-200 kilometres per hour in a scarcely believable 9.5 seconds, nothing prepares you for the thrill of the McLaren 570S race-bred dynamics, reports the Lowvelder.

A Joburg resident’s ultimate sports-car experience turned into a wreckage worth hundreds of thousands of rand on the winding road to Pilgrim’s Rest, in Mpumalanga, last Friday.

Petrolheads from across the country cringed in what can arguably be deemed one of the most expensive single-car crashes in the history of the Lowveld.

According to the Pilgrim’s SAPS, the driver lost control of the vehicle after its brakes apparently failed.

The vehicle left the road and crashed into an embankment, tearing off the front bumper and causing severe damage to the rest of its front side.

The Lowvelder contacted a McLaren dealer in Johannesburg, who would not make any of their client’s information known, therefore the amount of damage is undisclosed.

On the well-known digital motoring marketplace Autotrader, a used 2017 McLaren 570s similar to the one involved in the accident, is currently on sale for  R3.75 million. The year model of the wreck is, however, not known, which means the vehicle could be worth between R3.15 million and the aforementioned R3.75 million.

As its name suggests, the engine is good for 570PS (pferdestarcke, or horsepower) or 420kW. With a 3.8-litre twin turbo V8, delivering 570PS, performance is nothing short of breathtaking.