ANC to discipline MPs who voted for motion against Zuma

The party says only three MPs who have publicly admitted to voting with the opposition will be disciplined. 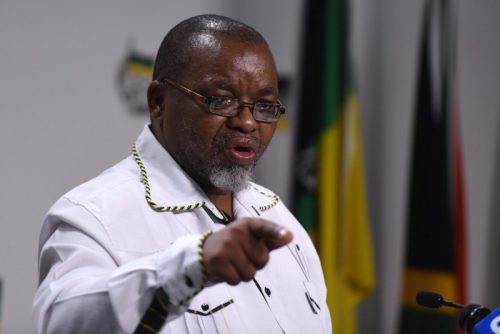 At least three ANC MPs who voted with the opposition to remove President Zuma last week will face the party’s disciplinary processes.

An estimated 30 to 40 ANC MPs supported the opposition’s motion to remove the president.

On Tuesday, the party’s secretary-general, Gwede Mantashe, said three MPs who had publicly admitted to voting with the opposition would be disciplined.

News24 reports that other MPs remain on the safe side, as Mantashe said the party would not embark on a “witch-hunt” to investigate which ANC MP’s voted in support of the motion.

“Three of them have confirmed they voted with [the] opposition. We will have to deal with that situation because if we don’t we will destroy [the] essence of being an organisation,” he said.

Some of the MPs who have publicly revealed they would vote with the opposition include Makhosi Khoza, Mondli Gungubele, Derek Hanekom and Pravin Gordhan.

Zuma survived the motion, with 177 members of parliament voting for him to go, while 198 were against the motion.

Mantashe said the outcome of the motion was neither a victory nor defeat.

“We don’t call it a victory because there are ANC MP’s who voted with opposition, but we acknowledge it [the motion] was defeated,” Mantashe said.

There will be no witch hunt for those who voted with the opposition. We don’t know who voted what way… #ConversationWithSG

We should acknowledge that the Motion of #NoConfidence tabled by the DA was defeated. We don’t call it victory #ConversationWithSG