Uber driver Kgomotso Tiro, who was assualted by an unknown passenger with acid and was later set alight shares his ordeal with members of the media in Johannesburg, 22 August 2017. Picture: Refilwe Modise

It was in Roodepoort in Johannesburg on a Sunday morning between 1am and 2am that Uber driver Kgomotso was doused in a flammable liquid and set alight by a “passenger”.

It’s still fresh in his mind after two weeks and constantly replays in his head, he said. Especially how the man laughed as he was burning.

Hands bandaged and face scarred, he said Uber had offered him compensation while he was in hospital, but he felt it was to keep him quiet.

“I picked up the client. He did not enter his street address or area because he was pretending to be drunk,” said Kgomotso, who does not want to divulge his surname.

“He directed me on where to turn, until we got to a place where he told me to turn left. Before we arrived at where he said he stays, he told me to stop the car.”

The client had a small container with a chemical liquid in it which he poured on Kgomotso and then set him alight. “While I was burning, he was laughing. He was a white person.

“I managed to run onto the grass and roll on it.” He ran to the main road for help, but no cars stopped. Then a security company vehicle pulled up and the driver called an ambulance.

While he was in hospital, Kgomotso’s girlfriend told him a representative from Uber had spoken to her.

“He told her he will deposit money into her account to assist me. I told her not to take that money.”

Uber put the money – R39 000 – in his brother’s account, he said. Since his discharge on Friday after two weeks in hospital, he claimed Uber had still not contacted his family to check on his condition, let alone visited him.

“They warned me not to speak to the media. But I don’t care .”

Since the attack, Kgomotso has been unable to drive, which affects his family as he is the sole breadwinner. He often worries if his mother is eating as he cannot send money back home now.

The Movement, a mobilisation of Uber drivers demanding beefed-up security, have pointed out that because drivers cannot identify riders they are very vulnerable.

Uber spokesperson Samantha Allenberg said: “We have made every effort to visit him in the hospital and met with his family while there. We continue to stay in contact with them. We are disheartened to hear he feels we have not provided support. We tried to make contact again today to ensure he knows we are there to support him. We urge him to answer our calls.” – yadhanaj@citizen.co.za 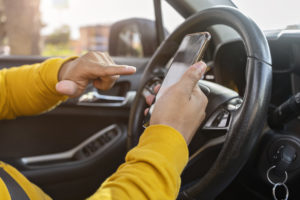 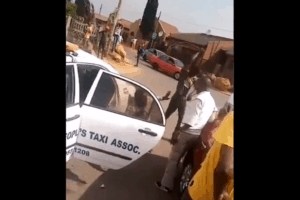 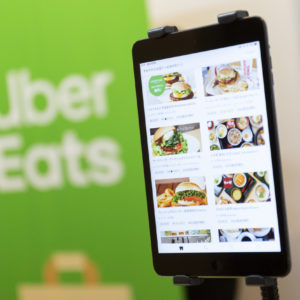