The man is apparently quite well-known around Sunnyside for his 'services'. 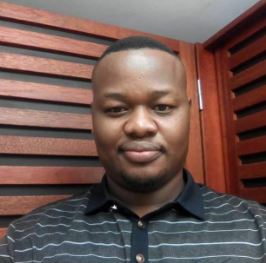 A source has revealed that Malesela Ngoasheng, the man who shot Sophie Ledwaba over the weekend, is not a blesser.

Ngoasheng appeared at Pretoria Magistrates’ Court this week on charges of murder and possession of an illegal firearm.

A source who is familiar with the accused told The Citizen that Ngoasheng was a regular at Ayepyep Lounge and has arranged girls for some of his friends.

“He [Ngoasheng] isn’t a blesser. He arranges girls for blessers by first feeding them, plying them with alcohol and then contacting his client base for them to go home with these girls.

“He is quite well-known around Sunnyside for his ‘services’. Popular and influential people have been associated with him,” the source said. Sophie Ledwaba was shot and killed on Sunday in Sunnyside, Pretoria. Image: Facebook

According to Sunnyside police spokesperson Captain Daniel Mavimbela, a report on the incident differs from the account that Ledwaba, who was a 26-year-old mother of two, was killed because she refused to go home with Ngoasheng after he bought her drinks.

“It was reported that the suspect had left the club with two females and a male friend. However, the quartet were about to get into a Mercedes-Benz Viano driven by the male friend. The young woman made her way inside the vehicle, which led to an argument, as she was not welcome by the other occupants of the vehicle,” Mavimbela told The Star.

Ledwaba, originally from Limpopo, died of a gunshot wound to the head in the early hours of Sunday. The incident took place outside Ayepyep Lounge, an entertainment venue.