Bev Ditsie was at the forefront of the battle to draft LGBTI rights on to the South African constitution. 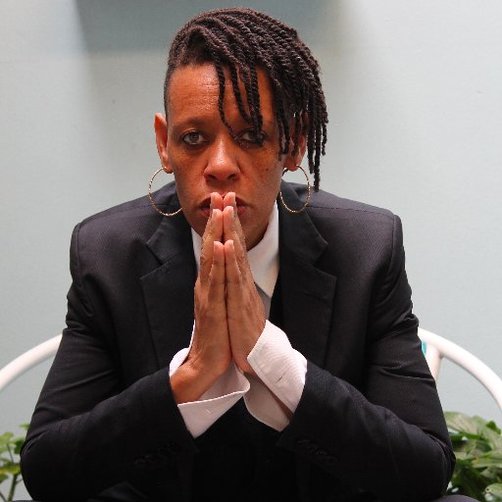 With Women’s Month coming to an end and Lesbian Gay Bisexual Transgender and Intersex (LGBTI) month approaching, Soweto Urban remembers the activist who will be remembered for the role she played in the emancipation of the LGBTI community in South Africa.

LGBTI activist, filmmaker, musician, actor and television producer Beverly Palesa Ditsie, 46, played an important role, together with other activists such as Simon Nkoli, during apartheid to ensure LGBTI rights are recognised in the constitution.

Born and bred in Orlando West, Soweto, Ditsie was one of the founding members of Gay and Lesbian Organisation of the Witwatersrand (Glow), established in 1988.

The organisation has been credited with organising South Africa’s first gay and lesbian pride march in Johannesburg in 1990.

According to the Gay and Lesbian Memory in Action (Gala), Glow insisted that liberation from homophobia could not be separated from the broader struggle for liberation in South Africa.

Glow was involved in the formation of the National Coalition for Gay and Lesbian Equality (NCGLE), and participated in the campaign to ensure sexual and gender rights were entrenched in South Africa’s new constitution.

As explained by South African History Online, Ditsie was at the forefront during the drafting of constitution, arguing against the discrimination of people on the basis of sexual orientation.

At the conference, Ditsie highlighted the importance of including lesbian rights in discussions about the empowerment and upliftment of women.

According to the South African History Online, Ditsie said: “If the world conference on women is to address the concerns of all women, it must similarly recognise that discrimination based on sexual orientation is a violation of basic human rights.”

In addition to the role she played as an activist, Ditsie has appeared on television since the age of 10 as an actress, a presenter and voiceover artist.

She has directed reality television shows such as All You Need Is Love, Big Brother Africa and Love Life’s Scamtho Groundbreaker, to name a few.

In 2002, Ditsie spearheaded the documentary, Simon and I, an inspiring portrayal of black South African gay rights activist Simon Nkoli, who died from Aids-related complications in 1998 and convinced fellow anti-apartheid prisoners to recognise LGBTI rights as human rights.

In an interview with Polari Magazine, Ditsie said: “I never saw myself as any kind of big deal in any way. I just did what needed to be done. There was Simon, a man, saying, I’m black, I’m gay, and I thought, I’m black and I’m gay, but where are the women speaking on my behalf? There were none, so I stood up.

“We need to go back to basics as human beings – you see a vacuum, and you fill it. I have great respect for anyone doing that – scientists, doctors, activists, anyone working for humanity, we have to see and treat each other as human beings, acknowledging and respecting who we all are. That’s how I’d like to be treated, and I think it’s how I’ve lived my life. Everything I do comes from that place.”

Tariff increase: Eskom request to put SA electricity among the priciest in the world
16 hours ago
16 hours ago

Tariff increase: Eskom request to put SA electricity among the priciest in the world
16 hours ago
16 hours ago