He also lambasted the suggestion that the loser in the party's presidential race should automatically become the deputy president. 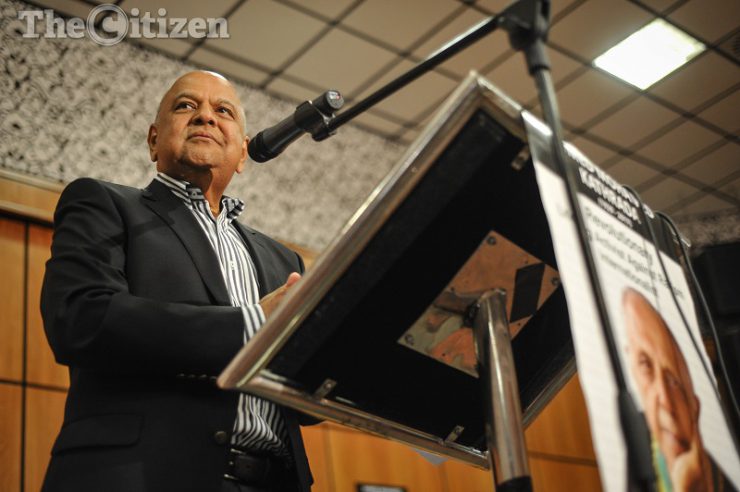 Pravin Gordhan gives a speech at a memorial held for the late ANC stalwart, Ahmed Mohamed, 5 April 2017, at the Greek Hall in Pretoria. Picture: Jacques Nelles

Former finance minister Pravin Gordhan says a truth commission would have to be established to hold those responsible for the country’s institutional destruction to account.

Gordhan, who supports Cyril Ramaphosa to succeed President Jacob Zuma as the next ANC president and that of the country, said those responsible for institutional corruption would have to account.

He said the truth commission should be similar to the Truth and Reconciliation Commission established in the early ’90s and would be critical to deal with corruption in the country.

“At some stage people who have caused institutional destructions and decimated those institutions which are critical to society and future generations need to be held accountable,” he said.

Gordhan revealed this in an interview with talk radio 702 host Eusebius McKaiser yesterday. He spoke on corruption, state capture and the ANC succession race.

He said corruption was eating into the country’s societal fabric and state capture robbed the poor of their livelihoods.

According to him, the law must take its course on any corrupt leader, including Zuma, whom he described as a disappointment in terms of being an individual hope.

He said those who believed in the values inculcated by the likes of Nelson Mandela would stand up and expose those who were corrupt.

“In future, the challenge would be to restore the right values to save the national liberation movement,” Gordhan said.

He said Ramaphosa carried hope for South Africa and the future of the ANC. However, he said, nothing radical would emerge from his political contender, Nkosazana Dlamini-Zuma, to change the lives of South Africans for the better.

Under Ramaphosa there was hope for the ANC. It was possible for the organisation to reach greater heights that would strengthen it.

“I see it from the Cyril Ramaphosa campaign,” he said.

Referring to Dlamini-Zuma, Gordhan said that, while all sorts of permutations would emerge, it was key that these must be principled, including how they would confront unemployment and poverty.

However, he said, he hadn’t heard anything from Dlamini-Zuma that would radically alter South Africans’ lives and the country’s economy.

Gordhan lambasted the suggestion that the loser in the ANC presidential race should automatically become the deputy president of the party.

This notion would not work because it was a unity that had no foundation, he said. – ericn@citizen.co.za