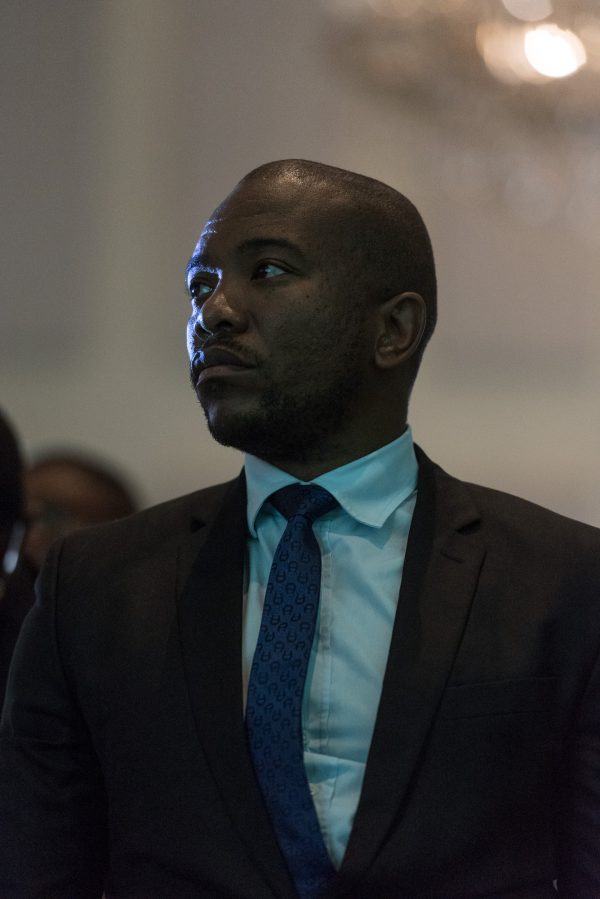 Leader of the Democratic Alliance Mmusi Maimane listens to a speech during the Joburg Indaba at the Inanda Club in Johannesburg on 4 October 2017. The conference discussed challenges facing the mining sector and issues facing both business and government. Picture: Yeshiel Panchia

Mmusi Maimane, the leader of the opposition party in South Africa, the Democratic Alliance, on Wednesday described the radical economic transformation policy of the ruling African National Congress (ANC) as “a poorly disguised extension of lucrative patronage politics”.

Maimane said the ANC’s definition of radical economic transformation was a way of legislating the replacement of one elite with another, to replace white mining tycoons with black mining tycoons and nothing more.

However, Maimane said the DA was not opposed to the handing over of shares in mining companies, saying that this had to benefit ordinary workers and their communities, not the wealthy elite.

“The way the ANC government uses the term – and the way it has been written into the new Mining Charter – Radical Economic Transformation is little more than a fig leaf for elite enrichment,” Maimane said.

“It is a way of legislating the replacement of one elite with another. A zero-sum game that changes the owners, but where ordinary workers and ordinary communities see no change and no improvement.”

Maimane was speaking at the opening of the 2017 Joburg Indaba in Johannesburg. The main objectives of this year’s two-day event are to encourage strategic, insightful conversations and create networking opportunities for different stakeholders within the mining industry under the theme “Investing in resources and mining in Africa”.

Maimane criticised the 2017 Reviewed Mining Charter gazetted in June, and called out the minister of mineral resources, Mosebenzi Zwane, for his close proximity to the controversial Gupta family and its businesses.

The mining industry is currently challenging the implementation of the Charter at the North Gauteng High Court in Pretoria seeking for it to be reviewed or set aside, arguing that the Charter would be harmful to the industry and the economy because of its content, as well as the vague and contradictory language employed to convey that content.

The Charter sets new black ownership targets for the industry, including that new mining rights holders have 30 percent black ownership shared among employees, communities and black entrepreneurs. The review will be heard between 13 and 14 December.

“When a new Mining Charter is forced on to the mining industry by a minister who flies in a Gupta-owned private jet to negotiate private deals, we have no option but to wonder: Who exactly wrote the Charter?” Maimane said.

“And, given what we know about the shenanigans of the Guptas in state-owned enterprises, why must the mining industry believe that those entrusted with the democratic responsibility to govern are the real government of South Africa?

“I suspect almost everyone sees the Mining Charter’s version of Radical Economic Transformation for what it really is: a poorly disguised extension of lucrative patronage politics.”

Maimane proposed that South Africa should make its rich mineral endowment a cornerstone for a growing, globally competitive, and growing economy that extends opportunities to ordinary people. 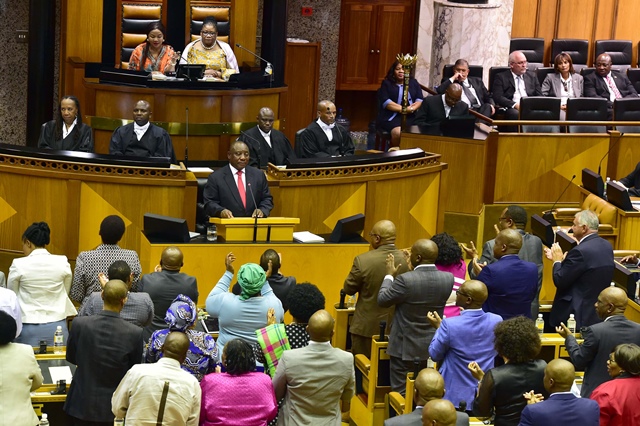