The union says Khulubuse Zuma failed to make the agreed monthly payment of R500 000 in July this year. 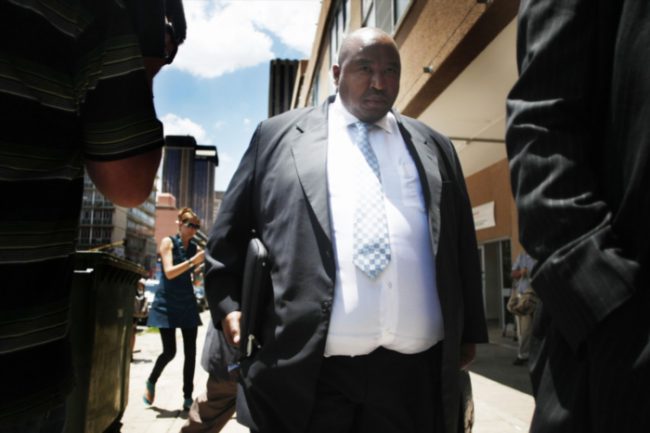 Khulubuse Zuma, chairman of the liquidated Aurora Empowerment Systems, outside the Justice Department offices in Pretoria, South Africa on January 16, 2012 during a break in the liquidation inquiry. Picture: Gallo Images

Trade union Solidarity has vowed to follow former Aurora director Khulubuse Zuma to the United Arab Emirates (UAE) to ensure justice for the thousands of miners who lost their jobs because of reckless management.

Reacting to reports by “confidential sources” and the media that Zuma, who is a nephew of President Jacob Zuma, was allegedly granted residency in the UAE and was already living there, Solidarity said it would do everything possible to ensure his assets were seized.

The High Court in Pretoria in 2015 ruled that Khulubuse Zuma, fellow Aurora directors Zondwa Mandela and Thulani Ngubane, as well as Fazel and Sololy Bhana, had to pay about R1.7 billion in damages for the destruction of Aurora’s Grootvlei and Orkney mines that cost 5 300 workers their jobs.

As a result of the finding, the Aurora directors entered into settlement agreements with the liquidators of the Pamodzi mine, with the money to be used to pay the outstanding salaries of the former mineworkers, to whom millions of rands in outstanding compensation was owed.

Solidarity general-secretary Gideon du Plessis said Zuma was the last of the Aurora directors who failed to comply with the repayment agreements after failing to make the agreed monthly payment of R500 000 in July this year.

“In terms of the original agreement entered into with Zuma, he had to repay R23 million but if he failed to comply with the agreement, he would be held liable for the total amount of damages. He only repaid R9.5 million of the agreed amount,” said Du Plessis.

He said an application by Pamodzi’s liquidators to sequestrate Zuma would be heard in the High Court in Durban on December 8, but Solidarity wanted to ensure that the sequestration order was also ratified in the UAE so that his assets could be seized.

“The Insolvency Act stipulates that where a person has skipped the country in a bid to dodge creditors, such a person’s assets may be seized in the country they fled to,” he added.

He said a sequestration order would also mean that an insolvency probe could be held into all of Zuma’s business activities. – ilsedl@citizen.co.za

'Reckless': The details of Khulubuse Zuma's provisional sequestration
3 years ago
3 years ago

'Reckless': The details of Khulubuse Zuma's provisional sequestration
3 years ago
3 years ago