Madikizela urged delegates to stop bench-marking the DA against the ANC and instead focus on growing support ahead of 2019. 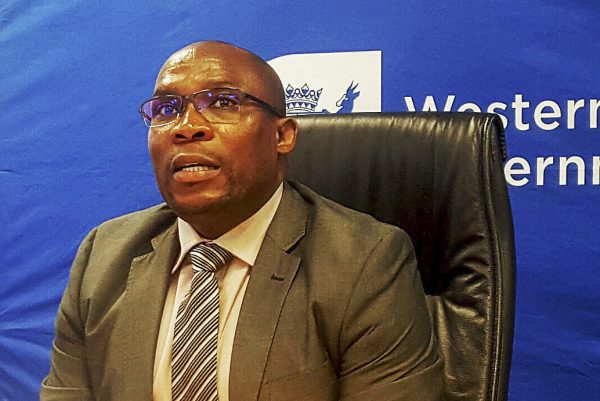 In what he described as a tight leadership race, Western Cape Human Settlements MEC Bonginkosi Madikizela has defeated former provincial commissioner Lennit Max to occupy permanently a position he has been acting in since it was vacated by the current Cape Town executive mayor Patricia de Lille earlier this year.

Speaking to the media a few moments after the results were announced, Madikizela thanked his DA colleagues and appealed for unity, saying that in the lead-up to the conference party members said distasteful things about each other.

“This was internal elections and immediately after this [we must] make sure we go out there and work. There were a number of things which were said and should not have been said. The party is a winner. The winner must be the DA.

“We must put our differences aside. That is why it is so important to emphasise that message. Some of our supporters are feeling despondent. It is something that we need to deal with. They are disillusioned,” Madikizela said.

He said the party’s “current project is to take our fight to the opposition” in an effort to grow it. He was frank in admitting this was a big challenge due to a number of reasons. He said trust was the main impediment primarily as many undecided voters are not easy to convert to the DA because of “propaganda from our opponents.”

Earlier during the day, DA’s national leader Mmusi Maimane’s dramatic entrance had to be toned down as the commotion caused by excited delegates at the venue triggered the sprinkling system. In turn, water tripped off  power supply which caused a slight delay to proceedings.

When Maimane eventually took to the podium, he warned delegates that if they are looking to vote across racial lines they were in the wrong party. The same message was repeated by Madikizela to the media, saying the DA is not a party of nationalists. He said all DA members are required to abide by the party’s principle of non-racialism.

In his official address as the acting provincial party leader before the results were announced, Madikizela said it’s high time the DA stopped comparing itself with the ANC. He said the most logical thing to do will be to compare the DA against itself.

“We should be comparing ourselves with ourselves. The clean audits we achieved…Western Cape was number one with more than 80% and the second placed province was the KZN with 18%,” Madikizela added 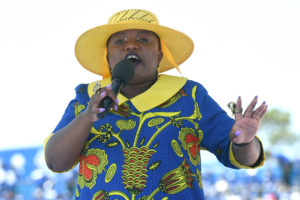 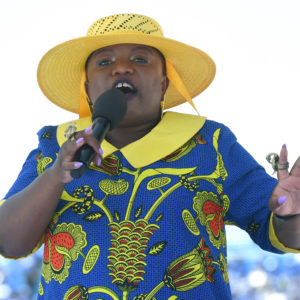