So far the former AU chairwoman has received the support of the ANC Youth League and the ANC Women’s League. 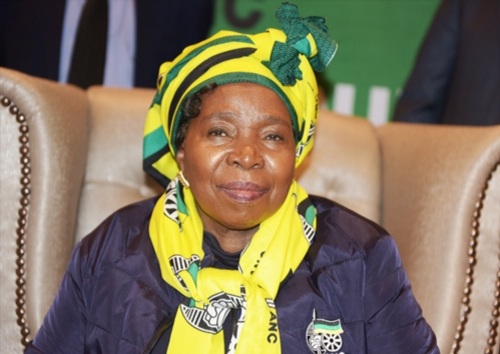 With less than two months left until the ANC’s 54th national conference, North West has become the first province to endorse Nkosazana Dlamini-Zuma as its presidential candidate.

The Sowetan reports that the province agreed it would back her to succeed President Jacob Zuma as ANC leader at the weekend during its provincial general council.

So far the former AU chairperson has received the support of the ANC Youth League and the ANC Women’s League, including the backing of her ex-husband.

The ANC will hold its national congress in Gauteng from 16 to 20 December.

Earlier this month, the governing party instructed its branches across the country to start nominating delegates for the conference. The ANC also allocated each province a certain number of delegates on a proportionality basis, with Kwazulu-Natal and Mpumalanga boosting the most delegates to take to the conference.