The governments were encouraged to ensure compulsory issuance of birth certificates at every medical facility. 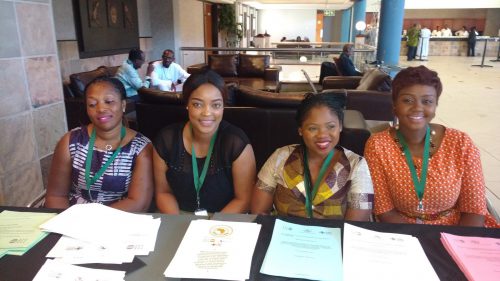 A report on the right to nationality in Africa, which urges governments to prevent risks that lead to statelessness, was presented on Tuesday morning at the Fifth Ordinary Session of the Pan African Parliament (PAP), which is being held at the Gallagher Conference Centre.

The report was a result of a workshop, held in August by the PAP Committee on Justice and Human Rights and the Committee on Rules, Privileges and Discipline on the right to nationality in collaboration with the South African Lawyers for Human Rights.

Representatives of the African Commission on Human and Peoples’ Rights and the United Nations High Commissioner for Refugees (UNHCR) made presentations.

Governments were encouraged to focus on eliminating the risks that lead to statelessness by implementing several initiatives such as ensuring compulsory issuance of birth certificates at every medical facility at birth.

Failing that, mobile clinics should be set up to register babies of women who did not give birth at a medical facility owing to access or financial constraints.

Furthermore, specific laws should be passed and procedures established to deal with individuals with no hospital record; of mixed parentage; who were born outside the country of nationality of either of their parents; who have links to more than one country or are perceived to have such links; and in a particular country under irregular migration conditions.

Ibrahim Kane of the African Commission on Human Rights and People’s Rights said that nationality was an instrument of consolidation that united people. He encouraged members to fight for stateless individuals by making use of the assistance provided by various organs.