Kodwa says there is a clear contradiction between Zuma's prerogative to appoint Cabinet ministers and the authority of the ANC. 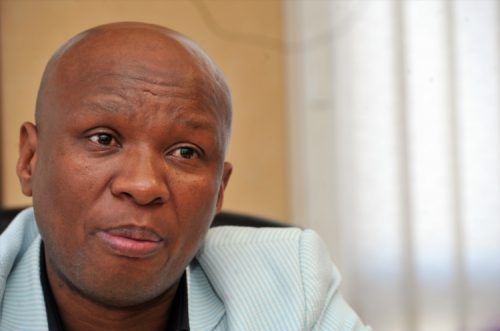 ANC national spokesperson Zizi Kodwa says President Jacob Zuma did not do anything illegal by making changes to his executive team on Tuesday for the second time this year, as he was empowered by the constitution to fire and hire ministers.

However, Kodwa says there is a contradiction between the prerogative of the president to appoint members of Cabinet and the authority of the political party he serves to influence decisions made in the executive by its deployees.

“Firstly, we got to understand that in terms of the constitution of the republic, it is clearly stated that the prerogative to appoint is the prerogative of the president. That is the first point,” Kodwa explained to Power FM on Wednesday morning.

“There may be a contradiction between a political party and that principle in terms of the constitution. In some instance, you may find in that consultation of informing the leadership of the ANC, they may express certain views or cautions about certain decisions,” he added.

The Sowetan reported on Wednesday that the ANC’s top six officials advised Zuma at a meeting on Monday against moving David Mahlobo from state security to the energy portfolio, as it would create uncertainty in the country and cause further divisions in the tripartite alliance.

But Zuma went ahead and made changes to his cabinet regardless.

“In this case, indeed they [ANC top six] were informed [of the Cabinet reshuffle]. The secretary-general [Gwede Mantashe] went to lengths to explain the difference between consultation; where theirs is taken into account, there is another where the president informs them, even having listened to them, and he then evokes the prerogative which is stated in terms of the constitution.

“In this regard, of course this is what happened,” Kodwa said.

Listen to Zizi Kodwa’s interview with Power FM below:

Ramaphosa’s days in Zuma’s government are numbered, says his confidant