Zuma will be a non-factor after ANC elective conference – Nzimande

The SACP general secretary says Zuma is a major problem for the ANC-led tripartite alliance and country. 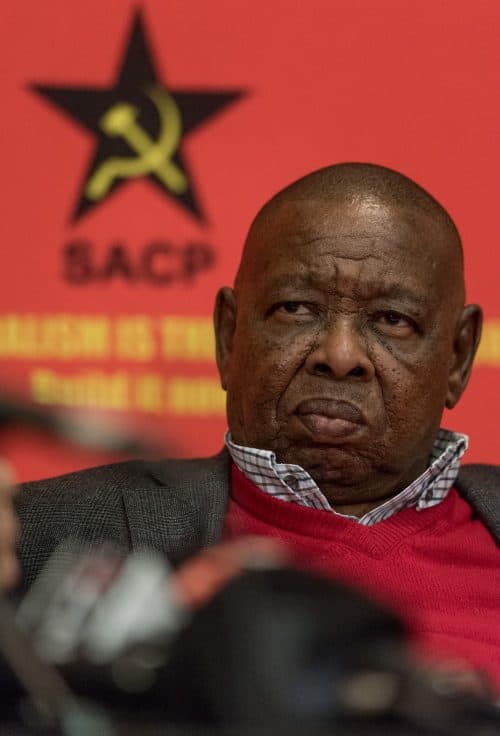 In an interview with Talk Radio 702 on Monday night, the South African Communist Party (SACP) boss, who was fired from Cabinet last week and replaced with former home affairs minister Hlengiwe Mkhize, said Zuma was a major problem for the ANC-led tripartite alliance and country.

“He must go because he’s the single biggest problem in the ANC, in our alliance and in the country. That’s why we’re calling on him to step down as the president of the Republic,” said Nzimande.

Following last week’s Cabinet reshuffle, the SACP said the president’s actions would have wider implications on the tripartite alliance. The party said the reshuffle was a declaration of war on the entire SACP.

Nzimande said he was not surprised that Zuma fired him from his portfolio, which he held since 2009. He said Zuma’s delayed release of the fees commission report on the feasibility of free higher education was a telling sign he would be axed from the national executive.

He said after Zuma received the report from the commission, he was never consulted and found that “completely out of order”.

“It would be good to ask the president why he did not give me the fees commission report,” said Nzimande.

“One must respect how the president chooses to deal with that, but I just found it completely out of order, and that’s why I was not surprised that I was fired. All the signs were there.”

Nzimande said the SACP asked its members who were still serving in Zuma’s administration to remain in their posts.