Zizi Kodwa’s letter to Tambo: ANC is more divided than ever before

The ANC is confronting 'vultures within' who have sacrificed the party's values 'at the altar of greed and personality cults', says Kodwa. 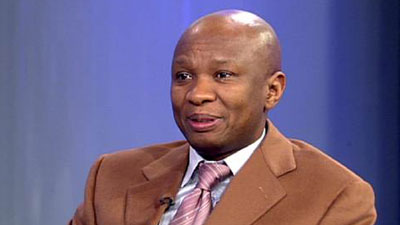 In the letter, published in Pretoria News on Friday, Kodwa said Tambo’s decision to lead the ANC at its most difficult period underground when it was banned by the apartheid regime was “never driven by personal ambitions or personality cults, but by what was best for the people”.

“The challenge confronting the movement today is not a vicious apartheid state, but vultures within, who have no qualms about obliterating your legacy and sacrificing the values our glorious movement has embodied at the altar of greed and personality cults,” said Kodwa.

His open letter coincides with celebrations on Friday to mark Tambo’s 100th birthday. The ANC has declared this year, ‘The Year of OR Tambo, Deepening Unity’. ‘I am saddened to report to you that your glorious movement is more divided than ever before.’

Kodwa said Tambo’s life should be “a reminder of how we, the living, should acknowledge and honour how you became the living embodiment of the values, principles and traditions of the entire movement”.

His open letter further reads: “Comrade President, it is not my intention to be the bearer of grave news, yet somehow it has eluded those you left in charge to give you an honest appraisal of the state of the movement that you handed over to us in good health, with its unity and cohesion sacrosanct.

“In 2017, Comrade President, I am saddened to report to you that your glorious movement is more divided that ever before, with some among us elevating personality cults above the unity and cohesion of the ANC. It saddens me to report that our revolutionary alliance relations are at an all-time low, with the [South African Communist Party] SACP contemplating to go it alone in the future election.

“This will have dire consequences for the entire alliance and undermine our march towards the realisation of the national democratic revolution that has been the glue that bound the alliance for decades. However, the most devastating and dangerous phenomenon that has befallen us and can destroy your movement, is a growing trust deficit among our people and ANC leadership.”