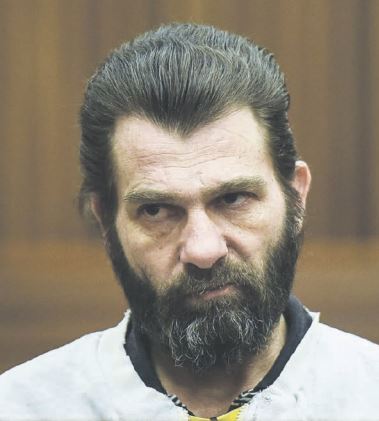 The stepfather of three year-old Poppie van der Merwe yesterday admitted he might have caused some of her injuries, but denied he was responsible for her death, pointing to his wife as her killer.

Kobus Koekemoer, 44, looked at photos of the little girl’s battered body without any visible
sign of emotion.

Pathologist Professor Gert Saayman testified that the nature, pattern and distribution of the child’s numerous injuries were very typical of so-called non-accidental injury (battered baby) syndrome, with the injuries being inflicted over a period.

He said Poppie had died of a massive head injury due to numerous severe blows to the head and would not have survived such an injury unless she had been taken for medical treatment immediately.

Koekemoer and Poppie’s mother, Louisa, have pleaded not guilty to murdering her and also to
assaulting and abusing her and a five-year-old boy. Koekemoer admitted he had often given Poppie hidings – sometimes more than once a day – with his hand or a large wooden spoon “because she was naughty”.

But he denied throwing her against a wall or cupboard, kicking her in the head and stomach or forcing her head into the toilet and then flushing it. According to Koekemoer, on the morning before Poppie’s death in October last year, his wife, Louisa, had thrown the child out of her room, because she had soiled her bed, and Poppie’s head hit a wall.

He said Louisa was extremely angry and dragged Poppie to the bathroom, where she flung her
into the bath and hosed her down, but that the child was “alright” when he left.

When he returned later that afternoon, he found Poppie lying in a corner of the kitchen. His wife said Poppie “was playing dead again” and he went outside. His wife then called him and said Poppie was not breathing.

He shook her and threw water on her, but when it had no effect he and Louisa took turns to “do that CPR thing”, before rushing Poppie to hospital where she was declared dead at
arrival.

According to Koekemoer, the little girl had also stopped breathing a few days before, but he had
revived her with CPR. He claimed he and Louisa were the victims of a “conspiracy” by people in Orania, who had falsely accused them of child abuse. The trial continues. – ilsedl@citizen.co.za