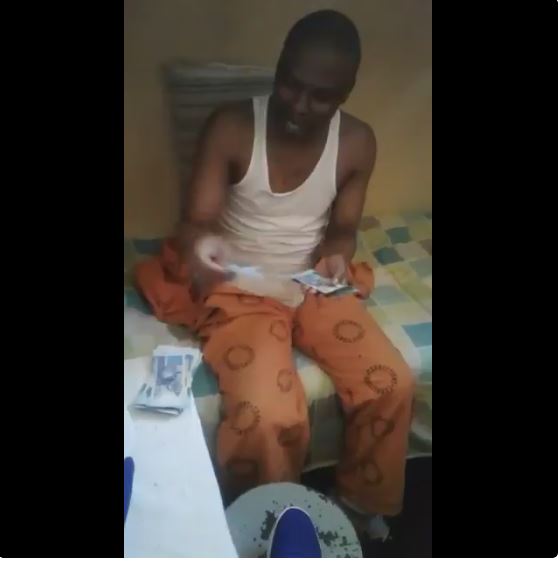 A video of a prisoner counting money in a Pretoria prison cell has caused an uproar on social media, with people questioning how the inmate got the money and a cellphone. In the video, the inmate can be seen counting his R100 notes while others watch and laugh.

Another can be heard asking the inmate how much the money is, to which he responds: “Two point seven.”

“I eat money, I don’t play games,” boasts the inmate.

The inmate was identified, and had been moved from a communal cell to a single cell as they investigate the matter.

Uproar over photos of prison warder getting intimate with inmate