Tshwane metro police who were on the scene said it was unclear what caused the fire, but no one was harmed in the fire. 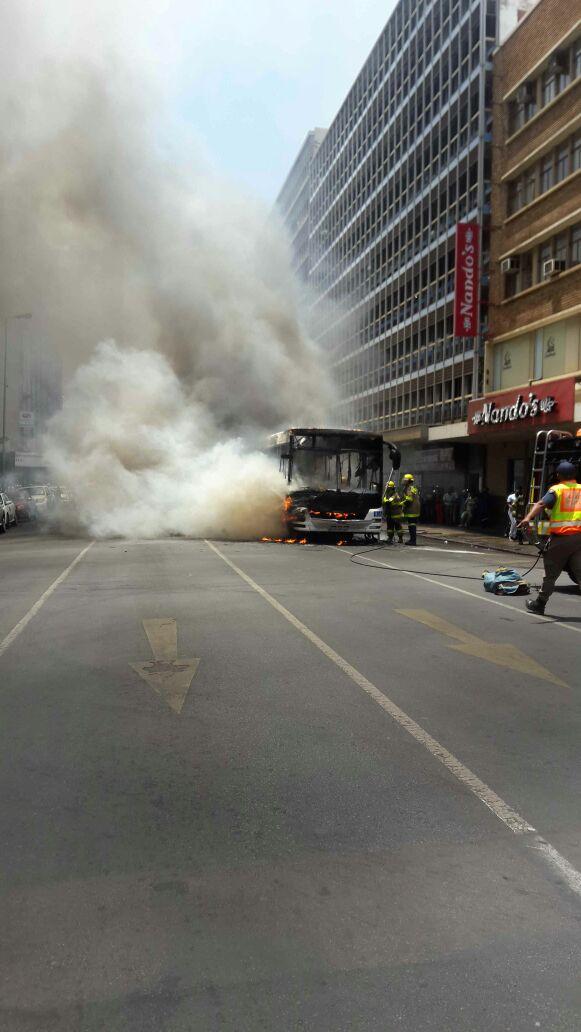 Tshwane metro police who were on the scene said it was unclear what caused the fire, but no one was harmed.

An off-duty firefighter, Shadrack Ndlovu, said he had just dropped off a taxi and saw the bus engulfed in flames.

“There were people trying to extinguish the fire, but I could see they were scared, so I assisted, but the fire had spread, and we couldn’t save the bus. At least we managed to save two cars which were parked next to the bus.”

Ndlovu said there were no occupants in the bus. 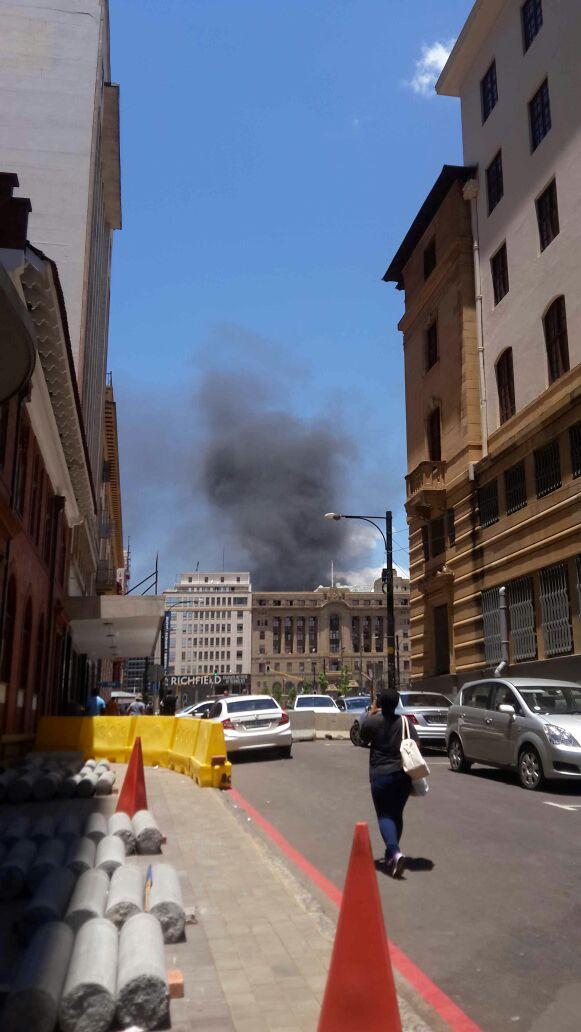 Matipandile Sotheni was distraught after his car, which was parked next to the bus, was damaged.

“I parked my car and went to consult with my lawyer and then after that I was phoned by a 012 number, and they said the bus is burning next to my car and I had to rush quickly and come and remove my car,” said Sotheni.

“I didn’t see what happened.” The bus driver ,who was also on the scene, refused to talk to journalists. However, he was overheard telling some people that the fire might have been caused by wiring.