The arrival of the zone of convergence will produce heavier rain in Gauteng and Mpumalanga too. 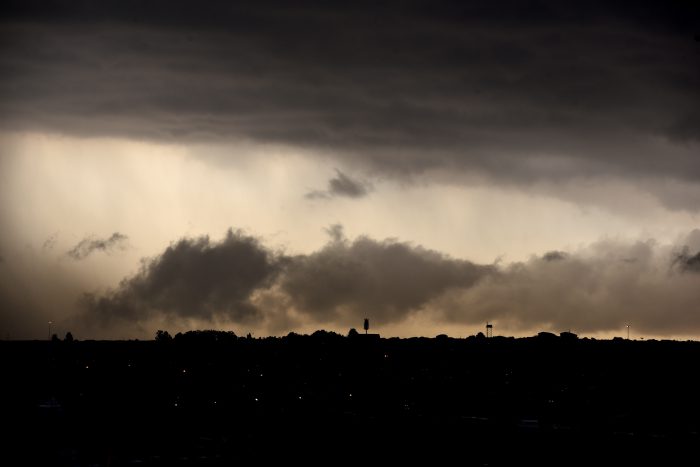 The SA Weather Service has warned about severe thunderstorms with possible hail, heavy downpours and strong winds that are expected to hit northwestern KwaZulu-Natal on Friday.

The same weather conditions are expected in the eastern parts of the Free State and over the southern Highveld on Mpumalanga.

“Heavy rain which may lead to flash flooding expected along the coast of the Eastern Cape (north of Coffee Bay), KZN coast and adjacent interior (Ugu, Ethekwini, iLembe, King Chetswayo an uMkhanyakhude),” said the SA Weather Service on Friday.

Storm Report SA also issued a warning about the weather conditions in all provinces on Friday.

“The entire east and south east coast and adjacent interior from Port Elizabeth to about Cape St Lucia will be cloudy throughout the day with showers or drizzle patches. The arrival of the zone of convergence will produce heavier rain because the inflow from the north is becoming more humid – originating from Zambia in the north and Mozambique in the northeast.

“The same is to be predicted for Gauteng, northeast Free State, NW province, Mpumalanga, and inland KZN, where the heating by the sun’s rays [convection] should get the showers going by mid-morning, which as the day progresses, will move into central Limpopo, then northern Limpopo, reaching south eastern Zimbabwe by midnight. Quite heavy falls can be anticipated in some of these areas.

“As the rain moves northeastward, the areas that received rain early in the day will be invaded by a dry westerly wind which will cause the sky to clear from the west [brown arrows],” it said.