The officer was confronted and allegedly attacked by members of the Revelations Church of God in Hillbrow. 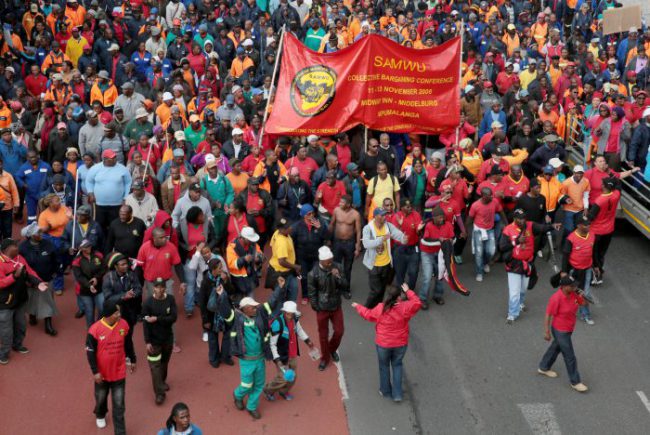 The South African Municipal Workers Union (Samwu) has condemned the attack on a Johannesburg metro police in Hillbrow, the union said on Monday.

“The officer, along with his colleagues, had impounded a vehicle belonging to one of the church members who had illegally parked the vehicle on the street obstructing traffic. Upon noticing the officers executing their duties, church members became irate and confronted the officer who retreated but the group proceeded to confront the officer,” said Samwu general secretary Simon Mathe.

“It was at this point that the officer fired warning shots in an attempt to disperse the group. However, the group proceeded to disarm and assault the officer. The group has committed various criminal acts including, illegal possession of a firearm, assault and obstructing a law enforcement officer from executing his duties.”

The officer was confronted and allegedly attacked by members of the Revelations Church of God in Hillbrow.

Mathe said it was embarrassing that church members could assault an officer of the law unprovoked and while he was executing his duties.

“We commend the officer for having have shown maximum restraint and further wish him a speedy recovery from the shock and bruises which he suffered as a result of the attack. It can’t be correct that the very same people who are supposed to be holding the moral high ground have also joined in on such attacks against law enforcement offices.”

Mathe praised the SA Police Service in Johannesburg for arresting one church member for the illegal possession of a firearm issued to the metro officer.

Whose corruption is worse? Zuma or Ramaphosa's?
9 hours ago
9 hours ago

SA unrest: SAHRC to probe causes and impact of violence, looting
11 hours ago
11 hours ago

Whose corruption is worse? Zuma or Ramaphosa's?
9 hours ago
9 hours ago

SA unrest: SAHRC to probe causes and impact of violence, looting
11 hours ago
11 hours ago