The 28-year-old is understood to have dated Thuthukile Zuma‚ the president’s youngest daughter from his marriage to Nkosazana Dlamini-Zuma. 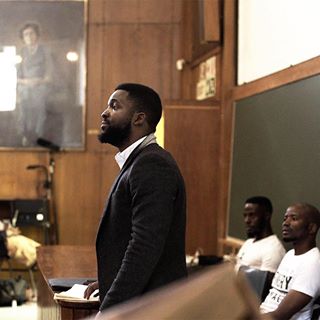 According to the report, Mukovhe Morris Masutha – a prominent leader in the Fees Must Fall campaign – was listed as an employee of the SSA during his time as a student activist at the University of the Witwatersrand.

The 28-year-old is understood to have dated Thuthukile Zuma‚ the president’s youngest daughter from his marriage to ANC MP and presidential hopeful Nkosazana Dlamini-Zuma. He is the founder of the Thusanani Foundation‚ an education NGO working on addressing disparities in rural schools. According to media reports, government insiders claim Zuma’s funding plan, said to be Masutha’s idea, is contrary to the report compiled by the Heher Commission on the Feasibility of Fee-Free Higher Education, which found that universal free tertiary education was not feasible.

The plan would also see the cutting back of departmental budgets across government departments to make R40 billion available for the 2018 academic year.

Masutha has apparently acted as Zuma’s “point man” on the fees issue, according to a TimesLIVE report.

He has made presentations to ANC officials and an interministerial Cabinet committee on his self-devised funding plan, said to revise National Treasury’s entire budget.