Embattled Public Enterprises Minister Lynne Brown will not be able to answer questions in the National Assembly on Wednesday afternoon because she has fallen ill, her spokesperson said. 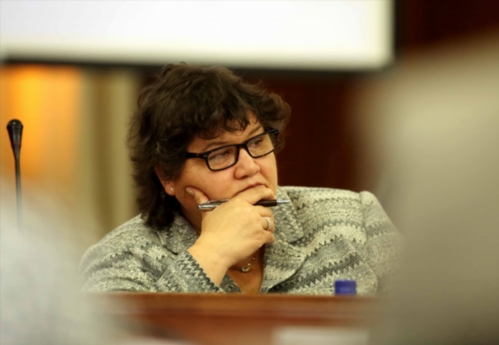 “The minister is ill. She has sent an apology to the speaker,” Colin Cruywagen told ANA.

Brown was expected to face questions from Democratic Alliance MPs Natasha Mazzone and the ANC’s Zoliswa Rantho, who chairs the parliamentary inquiry into the abuse of state funds at Eskom.

The questions stood over from a plenary session last week because Brown was testifying before the inquiry in a six-hour session that saw her deny any direct knowledge of corruption at the power utility.

Mazzone had been due to ask Brown whether she was prepared to resign in the face of mounting allegations of “state capture in state-owned enterprises that report to her and her failure to hold the boards and executives to account”.

Brown has dismissed the inquiry as a kangaroo court and last week told MPs she was testifying despite advice from her lawyers that she was not obliged to do so. She denied evidence from former Eskom chairman Zola Tsotsi that she met with a close business associate of the Gupta brothers at her home.

The minister said Eskom executives had deceived her about irregular payments to the Gupta’s Trillian Capital Holdings and the flawed decisions that allowed former CEO Brian Molefe to claim a R30-million pension payout after leaving the company under a cloud in late 2016.

Brown’s appearance before the inquiry included a hostile exchange with former finance minister Pravin Gordhan in which he charged that her only response to allegations of state capture by companies linked to the Gupta family was “denial, denial, denial”.