Police are investigating a disturbing video that shows a group of people, many attired in ANC t-shirts, beating a woman. A mob has been caught on video brutally beating a woman. Where and when this incident took place is still under investigation.

The video was released around the same time as the national elections took place in South Africa and it has been alleged that ANC members pictured in the footage were beating a Cope party supporter to death.

Footage of the horrific incident does show people clad in ANC insignia, but also others in plain clothing descending on the unprotected woman. Members of the mob kicked, punched, jump on victim as well as beat her with the blunt side of an axe.

It is presumed that she was beaten to death.

Reports on the incident emerging speculate on when and where the incident took place, ranging from Cape Town to Gauteng as well as the time frame and those involved.

Police spokesperson Solomon Makgale said they were looking into the incident to establish authenticity and when and where this happened.

“We are looking into the matter, but don’t believe this took place in the last couple of weeks with the massive deployment in the build up to elections,” said Makgale.

He added that generally people reported incidents of this nature, and that no one reported this specific incident.

Police are appealing to anyone with information regarding the video footage to come forward and contact the relevant authorities. 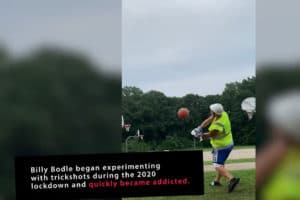 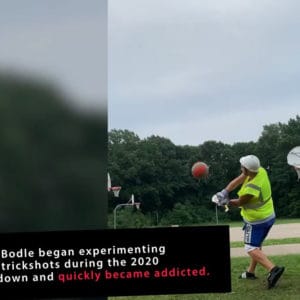 WATCH: US man scores perfect slam dunk by hitting a basketball with hammer
1 month ago
1 month ago
PREMIUM!

WATCH: US man scores perfect slam dunk by hitting a basketball with hammer
1 month ago
1 month ago
PREMIUM!