The rail agency says it is appreciative of the willingness of Untu to find a workable solution to return the service. 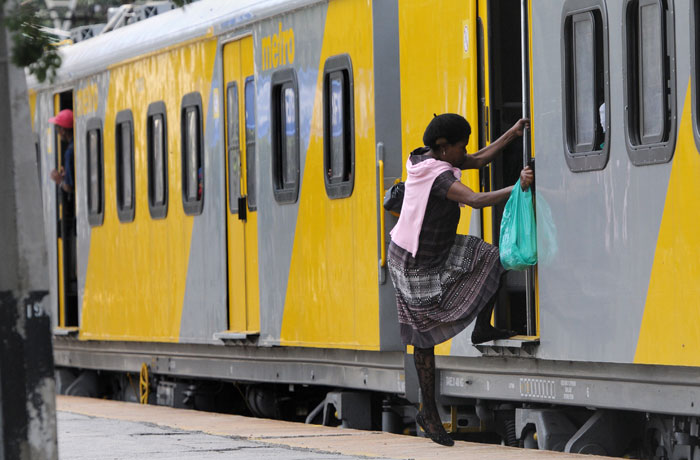 A Metrorail commuter gets on a train. Picture: Nigel Sibanda.

The Passenger Rail Agency of South Africa (Prasa) and the United National Transport Union (Untu) on Tuesday remained locked in talks over the possible reopening of the central railway line in Cape Town, which has been closed for a week after the murder of a security guard at Khayelitsha station.

Acting Prasa CEO Mthuthuzeli Swartz said talks, led by Prasa Group CEO Cromet Melopo, were at an advanced stage and that the service could restart on Wednesday.

Tens of thousands of commuters have been stranded and forced to make alternative transport arrangements after Untu said its staff were not prepared to work on the line which serves Khayelitsha, Mitchells Plain and surrounding areas.

“The talks will, once concluded, ensure the restoration of the central line service on the targeted date of the 17th January. Both Prasa and Untu are sensitive to the impact of the current termination of service in the Central Area on commuters who rely on the service,” said Prasa.

“Prasa and Untu are also experiencing the negative impact of crime against the employees and members of Untu as results of criminal attacks and the lack of respect for the hard work and sacrifices made in delivering the service.”

Prasa said it is appreciative of the willingness of Untu to find a workable solution to return the service even in the face of rampant attacks against its asset and most importantly to its passengers and employees.

“The talks will take place region-wide, with assessments done in a multi-party approach over a two-day workshop planned for 17th and 18th January in Cape Town,” Prasa said.