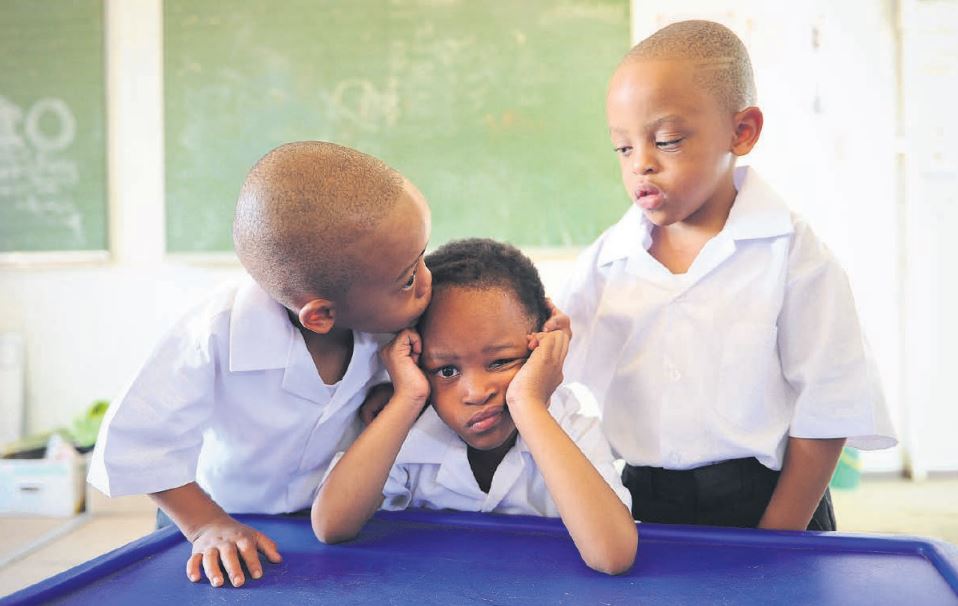 As thousands of parents took their children to school for the first time yesterday morning, it was an extra special first day for one such parent in Meadowlands, Soweto.

Four-year-old triplets, Tumelo, Reitumetse and Tumisang Mosito, dressed in their brand new uniforms, started their first Grade R class at Totomeng Primary, where former president Kgalema Motlanthe attended school. Proud mother Kgomotso Mosito, 48, said it was an emotional day for her and her two sons and daughter, who were all born two months premature on November 29, 2013.

Her journey was not an easy one, as her children spent the four years in and out of hospital as a result of complications during their birth. Tumisang, who the mother refers to as the first-born, was born with an eye and respiratory problems.

School principal Ramontsheng Matshitse said he was proud to welcome triplets for the first time at the school and said the first day of the school year was a resounding success. “Hardly any of the little ones were crying,” he quipped, saying over the years, the school had come to expect the new arrivals in the lower grades to spend their first day crying and pining for their parents.

He said the Grade R class had grown from less than 10 children last year to around 20 this year. “By the end of the week, we are expecting to have more than 30.”

Totomeng is also situated in the same street as Motlanthe’s home, which Matshitse said was a point of pride for the school and its parents.

Western Cape schools off to a smooth start for 2018