Judgement in De Lille matter to be handed down Wednesday

Judgement is set to be handed down at 2pm. 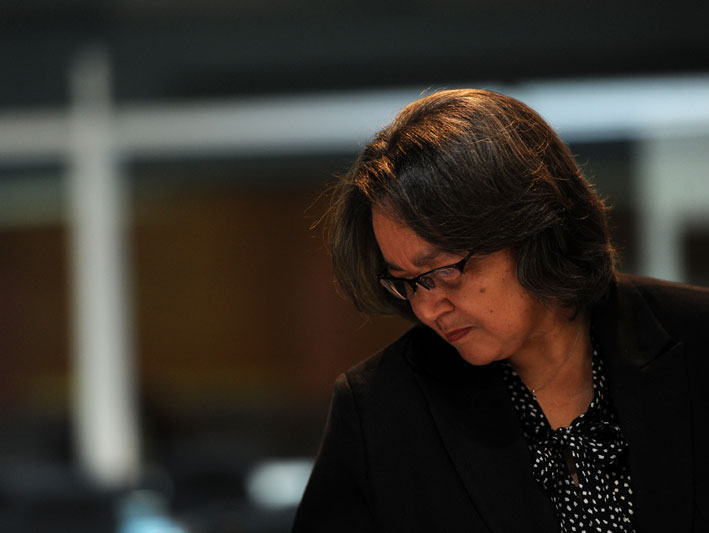 Cape Town mayor Patricia de Lille is seen during a break at the Seriti Commission of Inquiry in Pretoria on Thursday, 24 July 2014. De Lille said she was vilified and called names after she blew the whistle on alleged corruption in the multi-billion rand arms deal."I was vilified, called names... I was called a useless idiot. I was followed wherever I went and even had a list of car registrations next to me as I was driving to check who's following me," she told the commission in Pretoria. Picture: Werner Beukes/SAPA

The Western Cape High Court is on Wednesday afternoon expected to hand down judgement in the urgent matter between Cape Town mayor Patricia de Lille and her Democratic Alliance party which is pushing for her removal from office.

De Lille brought an urgent application to have a motion of no confidence in her, set down for council on Thursday, to be conducted via secret ballot.

On Tuesday, De Lille’s legal counsel Advocate Dali Mpofu said the party had no intention of keeping De Lille in her position as their first instinct was to vote her out of office without considering a hearing.

Mpofu added: “We are simply saying have the vote on Thursday, but make it lawful.”
Referring to Western Cape Premier Helen Zille, who has been at the centre of a number of controversies in recent months, Mpofu said that De Lille was being treated differently.

Judgement is set to be handed down at 2pm.