The ANC will proceed with the motion of no confidence if Zuma refuses to resign. 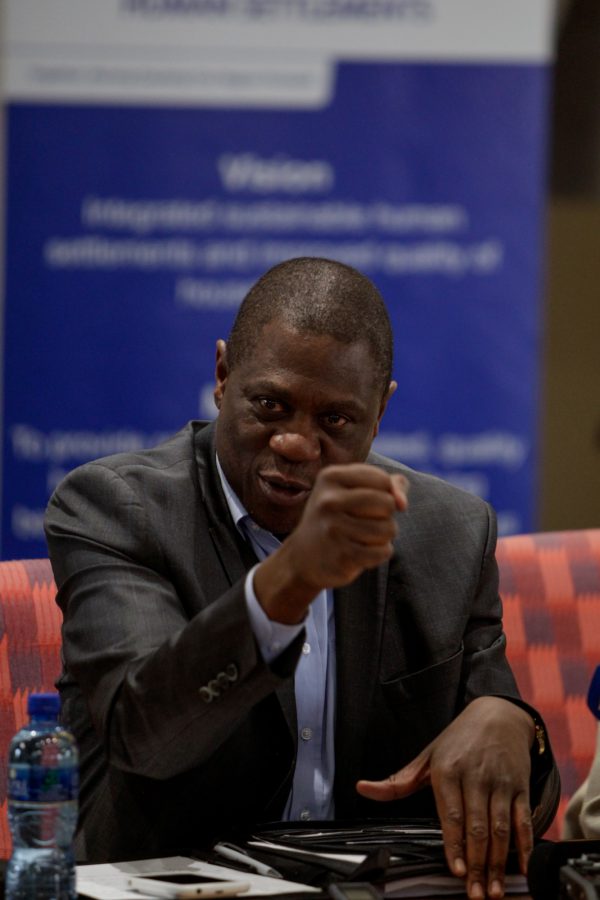 MEC for Human Setllements Paul Mashatile speaks at the Region G offices in Eldorado Park, Johannesburg, during a meeting with community stakeholders. This after a week of protests over housing, lack of employment and service delivery has rocked the area. 12 May 2017. Picture: Yeshiel Panchia

Following the ANC’s parliamentary caucus meeting this morning, the party’s treasurer-general Paul Mashatile said President Jacob Zuma has been given until today to respond to the call by the party’s national executive committee (NEC) that he should resign.

Mashatile said that ANC chief whip Jackson Mthembu was instructed that should the president refuse to step down, he should proceed with the motion of no confidence during the sitting of the National Assembly tomorrow.

He stated that the ANC plans to elect Cyril Ramaphosa as the new president of the country once Zuma has been removed after tomorrow’s sitting. Ramaphosa would then deliver the State of the Nation Address (Sona) preferably before the budget speech.

“It is very clear for us as the leadership of the ANC that we can no longer wait,” Mashatile said.

Regarding the motion of no confidence brought forward by the EFF, Mthembu said since it is not possible for the ANC to table a motion while one already is on the parliamentary programme, the party would make amendments to the existing one to add the reasons why the ANC is of the view that Zuma must go.

He said after the motion and if Zuma is successfully removed, depending on the availability of the Chief Justice, the party would push for the election of a new president in Ramaphosa.

Mthembu said the ANC seeks to fast-track the election of a new president so that the incoming state leader would immediately set up a new cabinet and the Sona is delivered on Friday, with it being debated on Monday and Ramaphosa responding next week Tuesday.

“The sooner all these matters are attended to the better so that the budget speech can be delivered,” Mthembu said.

He added that the budget speech should be tabled no later than the second week of March.

“But before the budget comes in, we also want, as the African National Congress, the newly elected president to put forward to the nation the political programme of our government,” Mthembu said.

He assured the nation that should the ANC’s plan unfold according to its desires, then the budget speech will be delivered next week.

Mashatile said if Zuma resigns today the deputy president of the country, ANC president Cyril Ramaphosa, would take over as the acting president. If Zuma refuses, then the entire cabinet will be dissolved.

Mashatile said should Zuma be recalled then the cabinet will be dissolved and the Speaker would take over until the Chief Justice is available for the election of a new president.

Responding to a question about whether the vote of no confidence in Zuma would be by way of a secret ballot, Mthembu said that decision rests with the Speaker of Parliament.

“The ANC has no qualms with a secret ballot, bring it on,” Mthembu said.

Mthembu said it is crucial that citizens are given certainty that government and parliament are functioning accordingly.

The treasurer-general said once elected as president, Ramaphosa would discuss with the party’s leadership about who should be the deputy president.

Mashatile said during discussions between the ANC’s leadership and Zuma about his resignation, issues of Zuma being granted amnesty should he be prosecuted for the numerous charges he faces, the discussion around his legal fees were part of the talks.