Land invasions a growing concern for City of Johannesburg

The increasing frequency of land invasions in and around Johannesburg is a growing concern for the City. 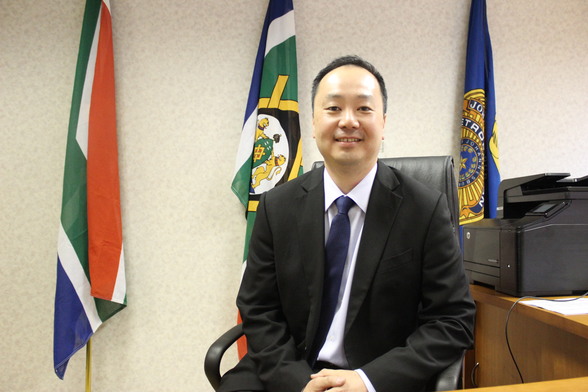 Dealing with the housing backlog and granting title deeds to RDP beneficiaries are some of the ways the City of Johannesburg is trying to address the growing concern of land invasions.

Speaking on Power FM, the member of the mayoral committee for public safety in the City of Johannesburg, Michael Sun, said land grabs were a growing concern not only for Johannesburg, but the country as a whole.

“We are recently seeing an upsurge of, call it, land invasion or land grabs or occupation without compensation, but the truth of the matter is that either state-owned land or privately owned land is being invaded,” Sun said.

He said the increased occurrence of such incidents meant the Johannesburg Metro Police Department’s resources were directed towards addressing such invasions.

“We would prefer and we really want to see these policing resources put to better use such as fighting crime,” Sun said.

At the weekend, a group of people who allegedly were acting on instructions from the regional Economic Freedom Fighters (EFF) leadership illegally occupied land in Midrand. Police had to be called to the scene to bring the matter under control.

A high court order was obtained to remove those who were invading the property at Midrand’s Blue Hills Properties.

Sun said according to an interim report, the land invaders at the Blue Hills area had driven from afar to take part in the land grabs.

Responding to the incident, President Cyril Ramaphosa said such land grabs would not be tolerated and that the government would take decisive action against perpetrators.

Sun said in previous cases invasions took place in the outskirts of Johannesburg, where there are vast pieces of open land.

“But now we are seeing that these invasions are coming closer. We saw there was a major conflict in the Blue Hills area in Midrand, these lands are privately owned, so the private landowners have already approached the High Court for an urgent relief,” Sun said.

According to Sun, other areas where land invasions have been a concern are Univille, President Park and Klipfontein, among others.

He said the metropolitan was well aware that there was a huge demand for housing and that the City had a backlog numbering in the hundreds of thousands, which all may contribute to the growing number of illegal land occupation.

“What we are seeing is that at Blue Hills, for example, it’s prime land, it’s land that is worth a lot of economic value on the market … you see that the manner or the way that this land is being taken for occupation is very peculiar,” he said.

Sun said he received a report that people were being called to occupy land around the city via SMS and that these illegally occupied plots of land were being sold.

He added this was proof that those who mobilised people to take part in the land grabs were organised and had the resources and means to put together such acts.

Sun said the City had received reports that organisers of these invasions were taking advantage of the uncertainty around the land issue and relevant policy to make a profit.

“We understand that there is a situation, but the law is still very clear in this case, the law is not ambiguous because the constitution is still there, and it has not changed,” he said.

Sun said what was concerning was how the land invasions had taken on a new face, where previously, it would usually be carried out by locals expanding their informal settlements, but now people drove great distances to illegally occupy the land.