If people know who funds those in power, they will fully understand their agenda, the Concourt heard. 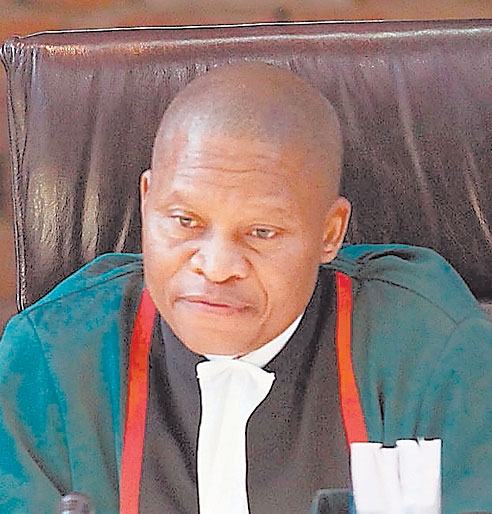 The ever-evolving South African political landscape is set for another upheaval if the Constitutional Court makes changes to the Promotion of Access to Information Act (Paia), which will allow people to find out who is funding political parties and, by implication, pulling their strings.

“The most important thing when it comes to voting is information for voters and, more so, credible information,” said political analyst Ralph Mathekga yesterday about legal action brought by nonprofit company My Vote Counts.

His comments came after advocate Thabani Masuku, for the first respondent, Justice Minister Michael Masutha, conceded Masutha was not opposed to an order declaring private funder information was important to democracy.

“There is a constitutional duty on parliament to ensure that political funding is not used to undermine the democracy of South Africa,” Masuku admitted in response to a question from Chief Justice Mogoeng Mogoeng as to just how important the information was.

The organisation brought an application for the confirmation of an order of constitutional invalidity, made by the Western Cape High Court, on the grounds Paia does not provide for the disclosure of information regarding the private funding of political parties.

My Vote Counts also appealed the high court’s refusal to order Paia be changed, so political parties had to keep a “continuous and systematic record of private funding information”.

Mathekga believed it would be a good step to make information available to people for them to make an informed vote.

“People can vote, but if they do not have adequate information, you cannot say they are fully exercising their right to vote. This is very, very, important and my view is that if you had open, well-regulated party funding transparency, maybe we would be talking something else about state capture,” he said.

“Individuals who are facilitating some of those transactions start to see a conduit exists and instead of the party getting money from the tenders, individuals put together their own companies and before you know it you have a proliferation of state capture. It’s because of a lack of access to information,” he said.