The party will continue 'engagements' with VBS as transformation of the financial sector was a 54th national conference resolution. 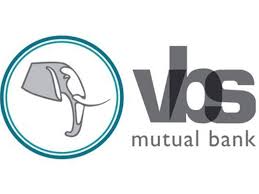 The ANC will at its next National Executive Committee (NEC) meeting consider the report compiled by the Sbu Ndebele Commission on the outcomes of the Eastern Cape 8th provincial elective conference for decision-making.

Secretary general Ace Magashule announced this today while giving feedback from the recently held National Working Commmitee (NWC) meeting. The NWC is tasked with implementing decisions of the NEC.

The party also “noted the placement of the VBS Mutual Bank under curatorship and that such efforts should be undertaken with a view of resuscitating and assisting VBS to function optimally within the requisite regulations as a going concern with sufficient liquidity for self-sustainability.”

Magashule has already met with a VBS delegation on Tuesday, 13 March 2017, with the party announcing that the “engagement” will continue with a view to finding a sustainable solution as full transformation of the financial sector was part of the resolutions of the 54th national conference.

The party is also “actively participating” in the 14th #IsraeliApartheidWeek (12 – 18 March 2018) “as part of our ongoing solidarity work and commitment to the heroic people of Palestine.”

“We are particularly concerned by the increased targeting of Palestinian children by the government of Israel. The case of the 17 year old imprisoned Ahed Tamimi is an example of the extreme and unacceptable abuse of child rights, human rights and international law by the Israeli government.

“The ANC notes with great concern the increased Israeli racism against Africans. These oppressive tendencies confirm the importance of the ANC’s 54th National Conference resolution for the immediate and unconditional downgrade of the SA Embassy in Israel to a liaison office,” spokesperson Pule Made said in a media statement.

VBS corruption-accused back at work, with education department's blessing
3 days ago
3 days ago

OPINION: It's selfish to call on Miss SA to put her dreams on hold
6 days ago
6 days ago

VBS corruption-accused back at work, with education department's blessing
3 days ago
3 days ago

OPINION: It's selfish to call on Miss SA to put her dreams on hold
6 days ago
6 days ago