Mafumadi says he reached an agreement with Julius Malema that information would be shared between generations. 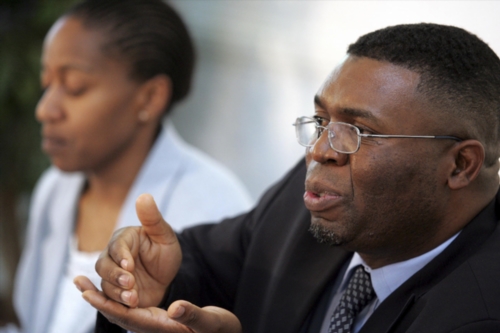 Sydney Mufamadi – former minister of safety and security (police) – says it is important that the older generation shares knowledge and information about what happened during apartheid to create a better understanding of history.

Mufamadi was speaking at a press briefing responding to the “five chilling revelations” made in the award-winning documentary, Winnie, produced by Pascal Lamche, which aired on TV last week, and is about the life and times of struggle icon Winnie Madikizela-Mandela.

Mufamadi said he received a call from the commander-in-chief (CiC) of the EFF Julius Malema on Sunday in which the firebrand leader of the red berets gave him advice ahead of the briefing.

The former police minister said Malema had advised him that his press briefing should help quell the public outcry and quarrels that came about after the revelations of the allegations made in the documentary.

Mufamadi said it was possible that his generation was wrong in blaming the one that comes after it for turning the matters and allegations raised in the documentary into contentious issues.

“My generation and the generation before me, we are not discharging the responsibility to this younger, public-spirited people across the board, whether it’s EFF, DA, ANC, PAC, at least to share vital information and knowledge with you because that would also help,” Mufamadi said.

He said since Malema, by virtue of his age, could not have a lived experience of events such as the TRC, then his imagination should be shaped through “the provision of information”.

“So I say to him [Malema], we need to share this information with you comrades so that you can have a better understanding of the subtleties of what the other side was doing, especially those who begrudged the new dispensation,” Mufamadi said.

He added the difference in opinions and contentions among the current generation over issues revealed by the documentary were because they believed in the misinformation peddled by apartheid operatives.

“We made an agreement with Julius that I will mobilise people of my generation and older so that we continue to engage on these things, share information because us too, as I say, we had the benefit of being brought up by comrade Winnie’s generation, they shared information with us,” Mufamadi said.