One security officer was killed during the robbery and the heavily armed suspects made off with an undisclosed amount of money. 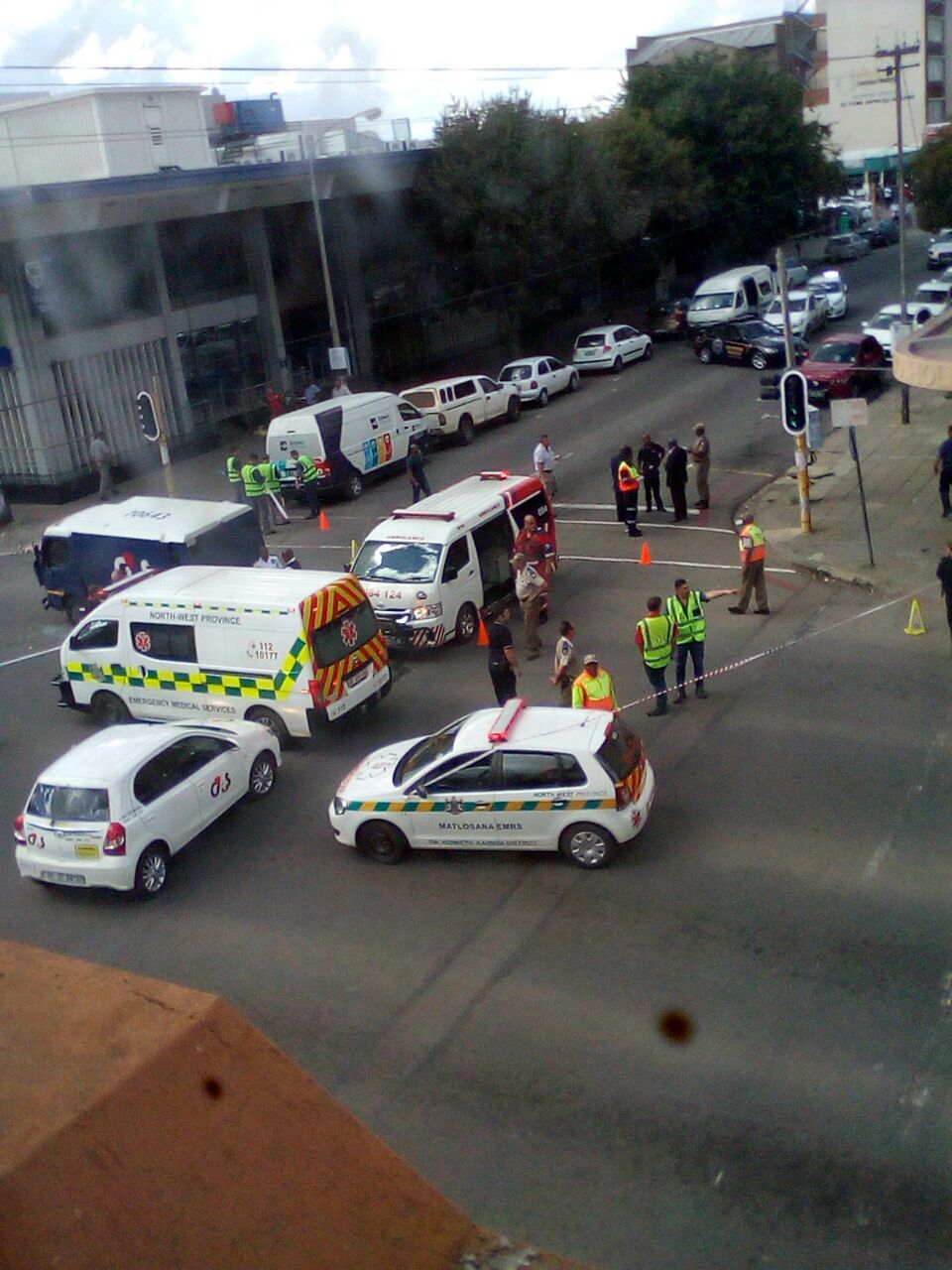 Forensic services were still on the scene of the robbery this afternoon.

A security officer was killed when the robbers fired bullets into the back of the van, where the deceased was during the attack.

Hawks North West spokesperson Captain Tlangelani Rikhotso said the suspects were allegedly armed with AK-47s, R5s and pistols. She said the Hawks were investigating a case of armed robbery.

Rikhotso said the heavily armed suspects cornered a G4S vehicle just outside the Standard Bank on OR Tambo Street at 11.30am.

Rikhotso said a bystander was also shot in the process and rushed to hospital along with the injured security officer.

The suspects made off with a large bag full of an undisclosed amount of money and fled the scene in a white Toyota double cab, Rikhotso added.

“The suspects are still at large and the investigation is under way,” she said.

A witness said forensic services were still on the scene this afternoon.

WATCH THE VIDEO OF THE ROBBERY: