The impressed minister of small business development has committed to supporting Alex cooperatives. Two agricultural cooperatives in Alex run by women have been commended for their organic food production, Alex News reports.

The co-ops, Malobanyane, which means ‘just yesterday’ in Setswana, is run by Violet Mabaso and Gabane Puo (Rumour) is run by former councillor Sinah Gwebu, with other cooperatives, are situated at the Lenin Garden along Lenin Drive in Tsutsumani, Sandton.

They were recently visited by the Minister of Small Business Development Lindiwe Zulu, who commended them as good examples of self-reliance, for giving credence to the cooperative model, and for the healthy, nongenetically modified food they produce. 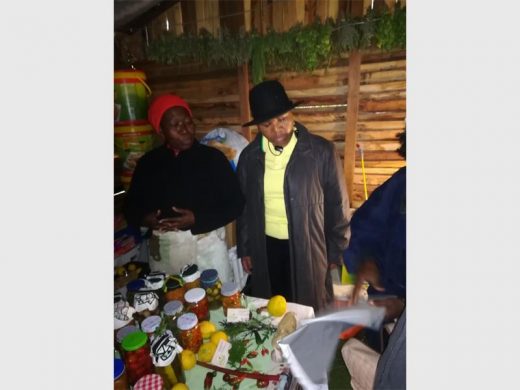 Mabaso, who has steadily developed a market for the co-ops’ organic herbs in Sandton and other upmarket areas, said the minister’s visit was prompted by the many articles Alex News has published about the garden and confirms the adage, vuku’zenzele (self-help).

She said the minister told them their work was discussed by Cabinet, prompting the visit along with officials from the department of trade and industry, small enterprise development agency and Region E of the Joburg City council. 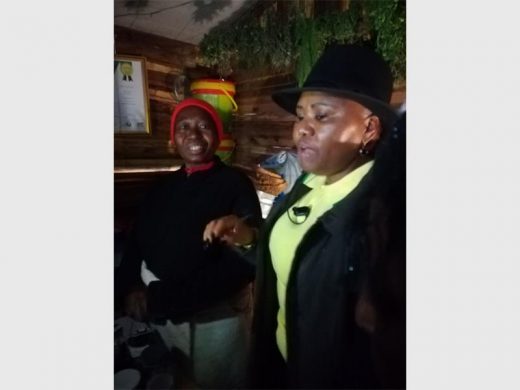 Violet Zulu with the Minister of Small Business, Lindiwe Zulu at Lenin Garden.

Mabaso said: “Despite a lack of adequate and updated industrial equipment, packing and storage facilities and stoves and kitchen space, [Zulu] committed to include [the two co-ops] in her database for support from her and the ministry of and trade and industry, drawing from our compliance with all legal and other requirements for co-op businesses.”

She added the minister committed to keep them under her wing as a special project, and to assist them in acquiring their own land for expansion due to secure tenure.

Mabaso said she was invited to the department’s budget speech in parliament, where their work was further noted, and she was introduced to other successful co-ops supported by the government. “The networks will expose us to good and updated practices, methods in marketing, packaging and preservation of produce.”

Mabaso and Gwebu encourage the other co-ops in the garden and in the region to up their performance and get legal status to enable them to get similar support.

Mabaso is also seeking support to attend the African Women in Agriculture Conference in Tanzania later this year. “It’s an important platform for strategic development on growth and sustainability, further exchange on good practice methods and ways to ensure we retain traditional and organic methods of farming for a healthy continent.”