The South African Council for Educators calls on school governing bodies and the education department to act decisively in disciplining rogue pupils. 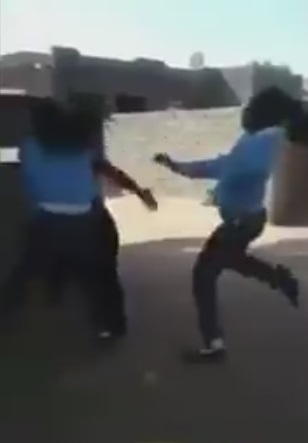 A screengrab from one of the videos of pupils assaulting teachers circulating on social media.

The South African Council for Educators (Sace) says something drastic needs to be done to stop the scourge of pupils assaulting teachers, following three different videos doing the rounds on social media, in which pupils engage in violent physical confrontations with their teachers.

None of the schools and teachers has been identified as yet, but the videos have prompted a huge outcry for immediate action.

The first video shows a school teacher wrestling three pupils. The pupils appear to be holding on to the teacher. A female voice shouts: “Muyekeleni!” (let him go) seconds before the teacher headbutts a pupil. The video ends with the pupil daring the teacher, and asking him what he’s going to do.

The second video shows a female pupil and a woman assumed to be a teacher in a heated debate. The woman smacks the pupil on the head, leading to the pupil violently assaulting her, and another woman who attempted to intervene was thrown over a table.

The third video shows two pupils fighting with a woman. It is still unclear if the woman is a teacher, but the pupils can be heard mentioning a phone during the physical confrontation, while the woman can be heard screaming for help.

According to reports, the pupils were retaliating because the teacher confiscated their phone.

In response, Sace issued a statement saying they are appalled at the behaviour: “While we condemn and act decisively in dealing with teachers involving themselves in such conduct, (the) council feels something drastic needs to be done in stopping pupils from conducting themselves in such a manner and therefore calls on both the school governing body and the department of education to act decisively in disciplining these pupils and mete out the harshest punishment.”

ALSO READ: VIDEOS: Pupils beating up their teachers in SA