Ruda Landman and the power of storytelling

Stories, not facts, change people's minds or perspectives, the journalist and author says of her long career and new book. Ruda Landman poses for a photo at her home in Melville, 31 May 2018. Picture: Tracy Lee Stark

Ruda Landman believes that storytelling, the common denominator that connects humanity, is at the heart of her journalism career.

“Humans aren’t convinced by facts. If you have a group of people in a room and one half believes in abortion and one half doesn’t – and you put the same facts in front of both groups – both sides will be more convinced of their own opinions because you take from those facts the ones that support your beliefs. But tell them a story and it changes,” she says.

This is one of the reasons Landman became so celebrated during her years on Carte Blanche, South Africa’s longest-running investigative journalism TV show.

“A strong point of Carte Blanche is that we never held panel discussions – we looked for a story.”

“When the law changed so gay couples could adopt children in 1997, we did this wonderful segment that is still one of my favourites. We visited a gay couple in Pretoria adopting a black baby.

This is why she maintains that journalism is still vital in any country, because in every newsroom there are storytellers who can change perspectives. Ruda Landman poses at her home in Melville, 31 May 2018. Picture: Tracy Lee Stark

While she has a smaller role in the news and broadcast landscape of South Africa now, Landman continues to look for other people’s stories.

Her new book, Tell Me Your Story, is a collection of conversations Landman had with South Africans over the past few years.

It started when insurance company Brightrock hired her to speak to different people.

“They wanted me to do interviews with people about moments of change in their lives. That was about three years ago and by last year June, we already had almost 100 of these interviews.”

Of the interviews, 39 were for Verander Dinge, a show on Afrikaans pay channel kykNET.

“When I looked at all of it again, I realised the content is so wonderful and I wanted to release it to a wider audience.”

The author sent transcriptions of the interviews to Tafelberg Uitgewers and quickly got the green light.

“Although I can’t give you a favourite conversation from the book, I really can say some of the older people were incredible to talk to about our shared history and identity, hearing it from another perspective.

“Zapiro, for instance, was fascinating. We’re almost the same age, but our experiences of the past are completely different – and we’re both white.

“Then you put John Kani in the picture of Ferial Haffajee and those stories change you,” Landman says about the book.

She works with the nongovernmental organisation StudyTrust, to which she is donating the royalties from this book.

“Our future is dependent on an educated work force; we can’t grow if people remain untrained. Because of our history, we have a shortage of skilled people.

“While children entering universities have doubled, 60% of those are first generation. If you go to university and there’s no soft support, the chances are you’ll fail.”

When her life is quieter, Landman has roots in Johannesburg and Melville is one of her favourite spots.

“It’s wonderfully reawakened. There are so many new interesting places.”

But her husband, JP’s, second home is The Local Grill in Parktown North.

“We’re greeted with hugs whenever we go there,” Landman says, laughing.

Of course, she reads a lot, too. One might expect her to stick to news, but she reads for entertainment, too.

“I’m always busy with a mystery novel. Good crime fiction is my addiction. But I also read crossovers, young adult novels by people like Phillip Pullman,” she says.

Maybe that’s because Landman’s world always has a story in it. 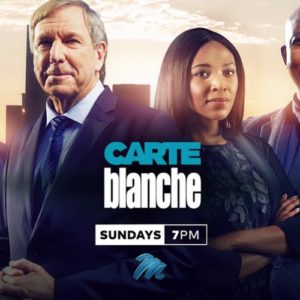