A fire believed to have been started deliberately last night had EMS and a local security company working tirelessly to put it out. 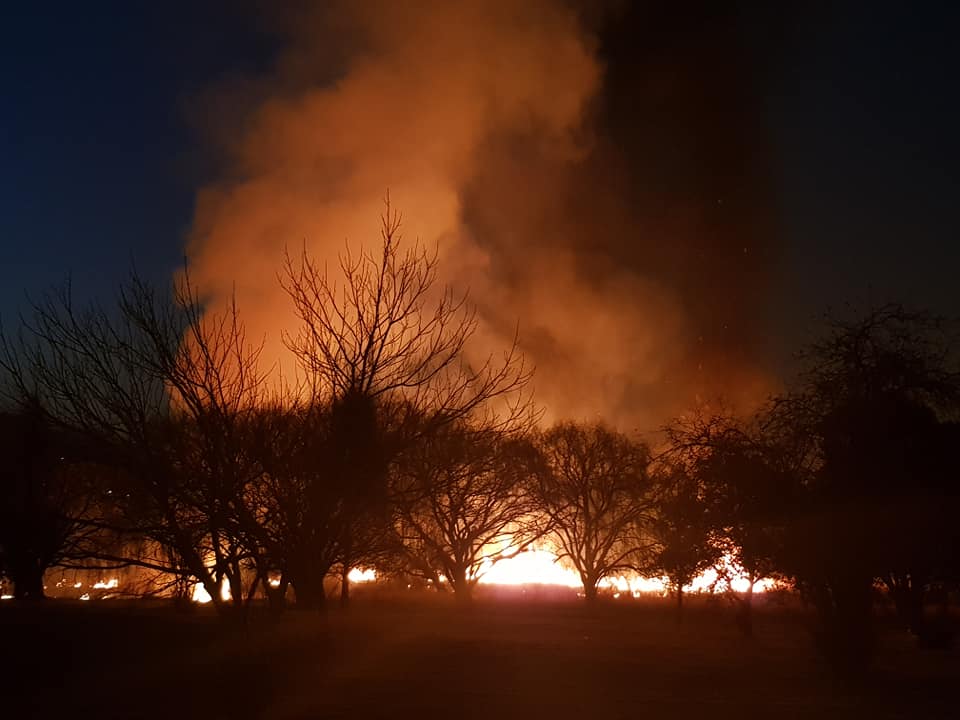 A fire at the Montgomery Vlei and Albert's Farm is said to have been started deliberately. Photo: Facebook

City of Johannesburg EMS and a local private security company worked hard to put out veldfires at the Montgomery Vlei and Albert’s Farm in Johannesburg, Northcliff Melville Times reports.

It is believed the fires, which apparently caused chaos with the traffic yesterday, were started deliberately. The fires are also said to have affected a nearby old age home as the residents inhaled large amounts of smoke.

READ MORE: Poor visibility due to veldfire results in 10-car pileup in Mpumalanga

Clive Maher of CPS Security explained they were battling with several fires. “The fires normally start in Albert’s farm, and then whoever is lighting them moves over to the Montgomery Vlei,” he said. He added they found themselves having to tackle two to three fires at once.

“EMS is having the majority of the success in putting the fires out as well as local community who are helping where they can,” said Maher. He mentioned it was his opinion that whoever started the fires lived in the community.

Ward 88 councillor David Hensman also believed the fires were deliberate, but said they had no hard evidence as yet to prove it.

He also said one of the dangers associated with these fires was that, when combined with the wind, they reduced visibility on main roads and damaged powerline infrastructure. They also have a disastrous impact bird and insect life.