This is because former Sars commissioner Tom Moyane stopped project Honeybadger, which probed tax dodgers in the tobacco industry. 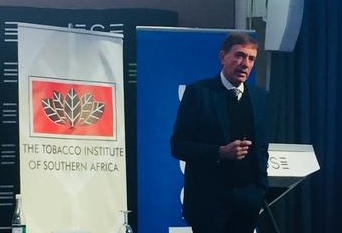 Illicit cigarette traders have cashed in on the weakened SA Revenue Services (Sars) in the past couple of years, with the revenue collector set to lose R7 billion in tax revenue this year, the Tobacco Institute of Southern Africa (Tisa) said today.

Research by Ipsos, commissioned by Tisa, showed that most cigarettes in the market are sold at below R17,85 per pack – the minimum amount taxed by Sars.

Selling a pack below the Sars minimum taxable amount is illicit. Any manufacturer of such products is in fact evading paying tax, said Tisa’s Francois van der Merwe.

”The market is flooded with cheap cigarettes, affordable and available to children and the vulnerable, and a threat to jobs in the tobacco industry. At least 8 billion in cigarette sticks, referred to as loose cigarettes sold at 50 cents each are illicit. For only this year, R7 billion will be lost to Sars, which is 14 percent of the R54 billion Sars collection shortfall,” said Van der Merwe.

Researchers found that brands retailing below the minimum R17,85 were found in three out of every four shops visited. Brands from Gold Leaf Tobacco Company (GLTC) make up 75 percent of all sales below the taxable amount.

GLTC’s brands such as RG has 50 percent market share, selling at R10,50 a pack, followed by Savannah, retailing at R13,10. Other companies that Tisa labelled as illicit traders included Best Tobacco, Mastermind, TOB, Carnilix and ATM. At least 80 percent of illicit sales are from loose cigarettes sold at 50 cent each.

These companies collect more than R5 billion in cash every year.

Van der Merwe said almost all illicit cigarettes are manufactured in SA at companies registered by Sars, adding that most of the revenue from the illicit trade funded state capture in South Africa, the same way illegal revenue is used to fund illegal activities across the world.

He said Tisa had a good relationship with Sars before 2014. The period between 2014 to 2017 when beleaguered former Sars commissioner Tom Moyane was at the helm saw ”the beginning of the Sars demise.”

”Troubles started in 2014 at Sars when project ‘Honeybadger’, set up to probe tax dodgers in the tobacco industry was stopped…the project was terminated and that was a sad story. Illicit cigarette traders have cashed in on the demise of Sars.”